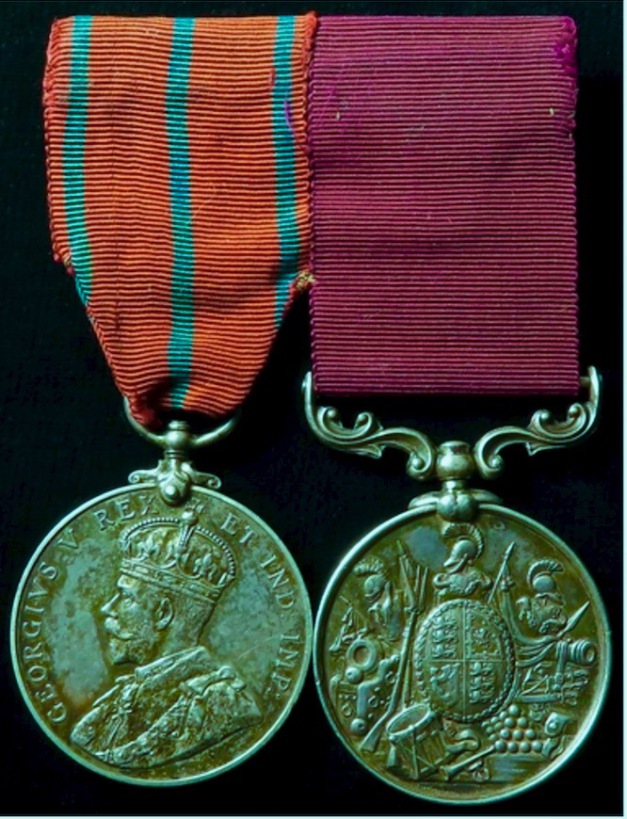 Isaac Bennell was born in Bow, London or Colchester, Essex,  between 1850 – 1854, depending on whether you believe his Army enlistment papers or his birth certificate. He may have been born in Colchester in Essex in 1854, but he was baptised in St John’s, Wapping when his parents were living at 19 Bird Street. His father was William John Bennell, a Carpenter, and his mother, Mahala Sparks.

Isaac Bennell, (19 years, 5 months), an Apprentice Mason of Bow, London, joined the Royal Engineers as Sapper No. 10422 at Westminster on 2 April 1870. On 5 April 1870, he was Attested and signed on for twelve years and paid a Bounty of £2 for enlisting and signed the form in receipt. He may have added at least four years on to his age.

His description on enlistment was 5’ 6” tall, a fresh complexion, grey eyes and brown hair.

His next of kin (NOK) when he first joined the Army was his mother, Mrs Mahala Bennell whose address was 4 Golden Noble Hill, Military Road, Colchester. After 4 February, 1890, his NOK was his wife Isabella.

Isaac’s promotions are listed as follows:

The Military History Sheet also records that Isaac Bennell was awarded the Army Long Service and Good Conduct Medal in 1888.

Register of Marriages in Dundee, Angus, 1890

The Military History Sheet of Isaac Bennell records that ‘On 4 February 1890 at Dundee, he married, with leave, Isabella Gray’.

The same document records that his children and their dates of birth were as follows:

Among those living at the Royal Engineers Quarters in West Street, Harwich in Essex on the night of the Census, 1891 were the following. Isaacs age makes his date of birth around 1851 which agrees with the age he gave on joining the Army.

Discharge from the Royal Engineers, 1898

Isaac Bennell retired from the Army on 31 January 1898 with a total service of 27 years and 302 days. It is likely that he had the job with Royal Parks, part of the Office of Works of Her Majesty’s Government, lined up before his retirement.

Among those living at 8 Addington Street, Lambeth, London on the night of the Census 1901, were the following. In this Census and for the rest of his life, Isaac’s age is given such as his year of birth was around 1854, which is probably more accurate than previously.

Park Keeper Isaac Bennell stationed that year in St James’ Park, along with 108 of his London colleagues and 11 in Holyrood Park, Edinburgh, were awarded the King George V Coronation (Police) Medal with the ‘Royal Parks’ reverse.

Register of Deaths in London 1917