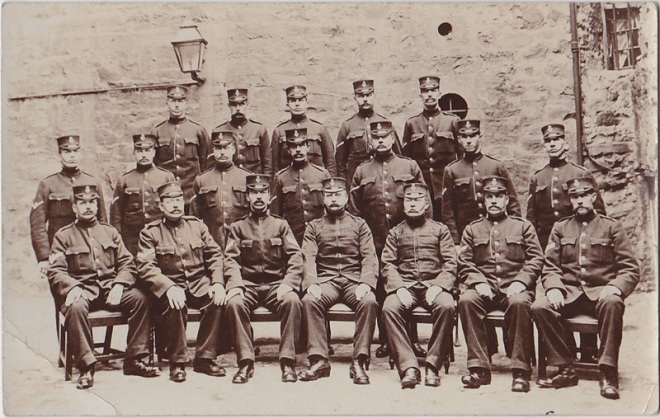 Stirling Burgh Police Circa 1901 (Inspector Frederick Jenkins is 5th from Left, CC Ferguson is on his right). The list below is taken from the Census of Scotland 1901 and it is likely they are in this picture.

Chief Constable Thomas Ferguson may have been born in Ireland.

In the Belfast News-Letter of 14 December 1847, a Birth Notice stated "On 11th inst at Upper Arthur Street, the Lady of Dr Ferguson, of a son."

He was possibly a PC in Glasgow in 1871, born in Ireland but same wife and children. 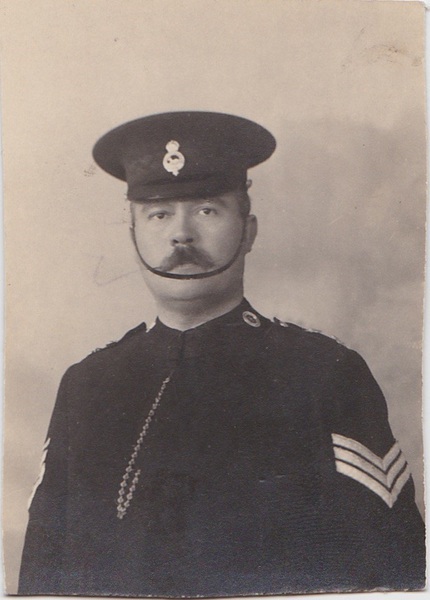 The picture above shows Stirling Burgh Police sometime around 1901 since the Census of that year shows Frederick Jenkins as a ‘Police Inspector’ living at 3 Broad Street, Stirling.

The pictures below show Frederick Jenkins as a Police Sergeant and three other unknown officers of the same force.

The Superintendent is almost certainly from Stirling Burgh Police since the image was found in a collection of photographs of officers from the force.

The pictures of the Sergeant and possible Acting Sergeant clearly show an earlier force kepi badge of a plain Victorian Crown. They also clearly illustrate that the force used the common collar number in a frame with the letters ‘SBP’ before changing to standard collar numbers later.

The kepi badge and sleeve badge shown further down both clearly show the wolf on the rock taken from the Royal Burgh of Stirling coat of arms. The famous Castle of Stirling sits on the Castle Rock and people born in the old Royal Burgh call themselves “Sons of the Rock”.

The button has the same crest.

Frederick Jenkins, the son of a Teacher of Music, James Jenkins, was born in Chorlton in Lancashire before the family moved back to Stirling between 1871 and 1881. The family lived at 3 Broad Street, Stirling.

I am grateful to Frederick’s Grand-daughter, Freda for all of the photographs of Stirling Burgh Police, Lanarkshire Constabulary and Coatbridge Constabulary which she kindly allowed me to copy for the website. 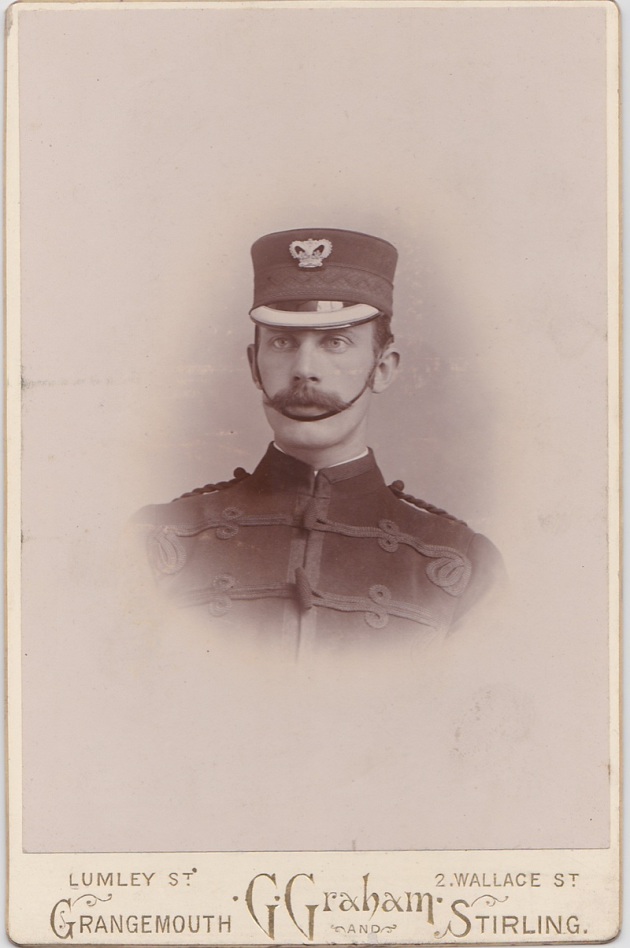 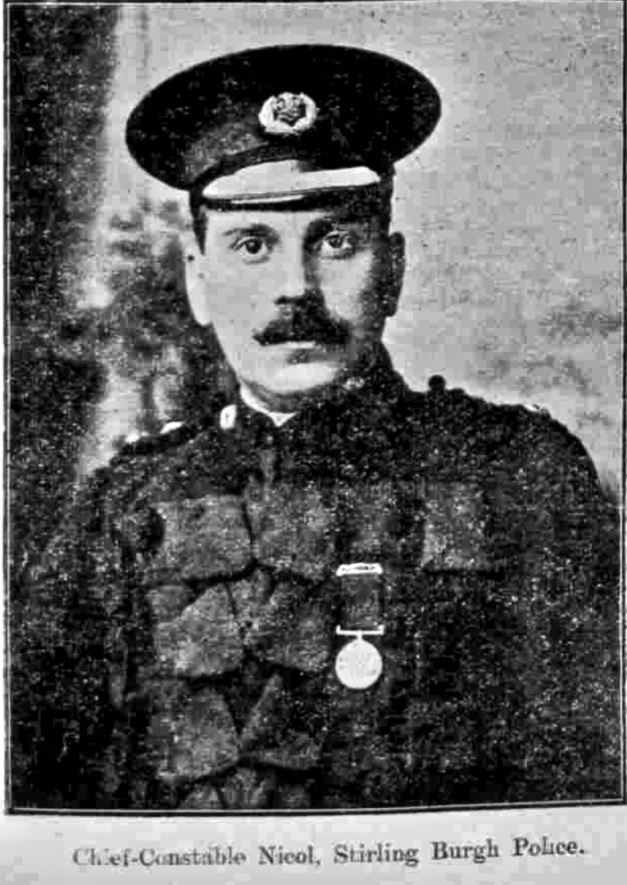 Chief Constable Nichol in 1914 during the visit of HR King George v to Stirling. He is wearing the EVIIR Police Medal (Scotland) 1903, better known as 'The Visit to Scotland Medal'. 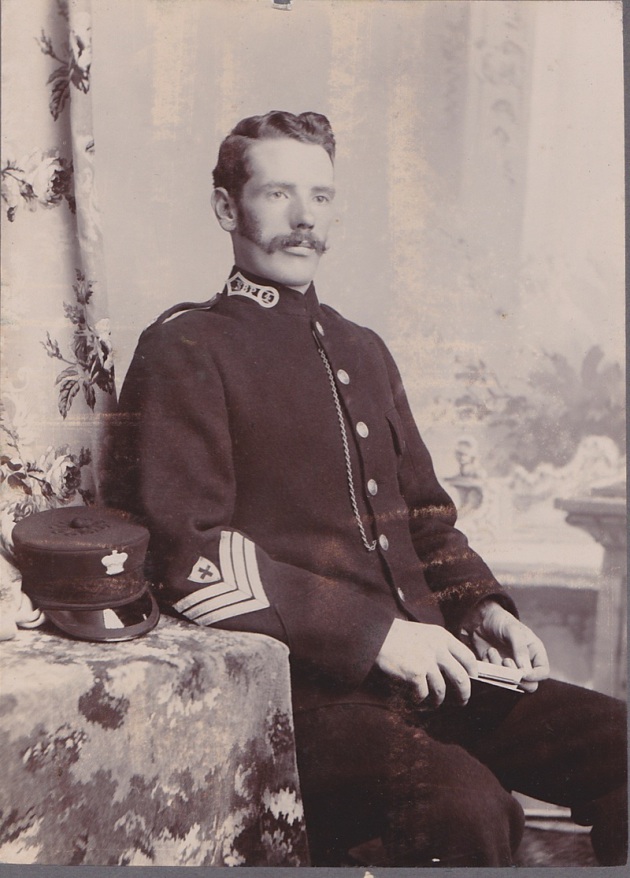 Note the unusual position of the three chevrons and Ambulance Qualification badge.

The collar badge (SBP 4) is also more usually worn with the arrow head pointing to the front.

This is clearly an early or mid-Victorian period photograph since the kepi badge is a plain Victorian Crown. Later Victorian Stirling Burgh Police badges can be seen below. 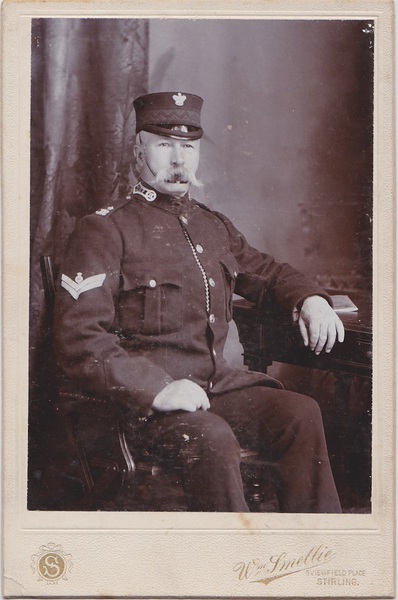 Note the small badge with the Victorian Crown above the two chevrons.  A Tudor Crowned version of this badge can be seen below.

The collar badge (SBP 11) is also more usually worn with the arrow head pointing to the front.

This is clearly an early or mid-Victorian period photograph since the kepi badge is a plain Victorian Crown. Later Victorian Stirling Burgh Police badges can be seen below. 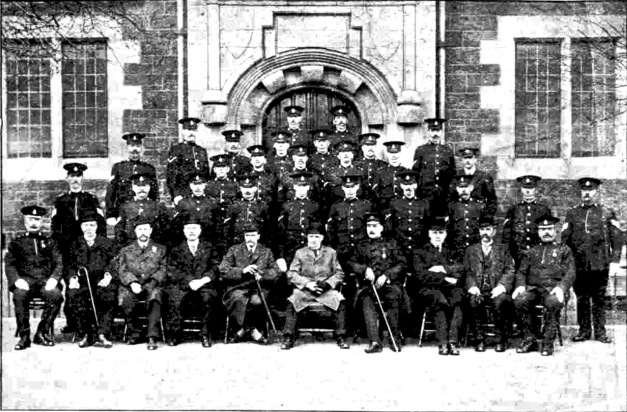 The key to the picture of Stirling Burgh Police above, 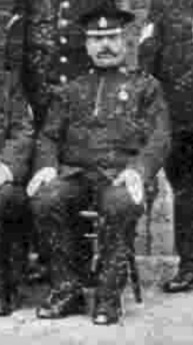 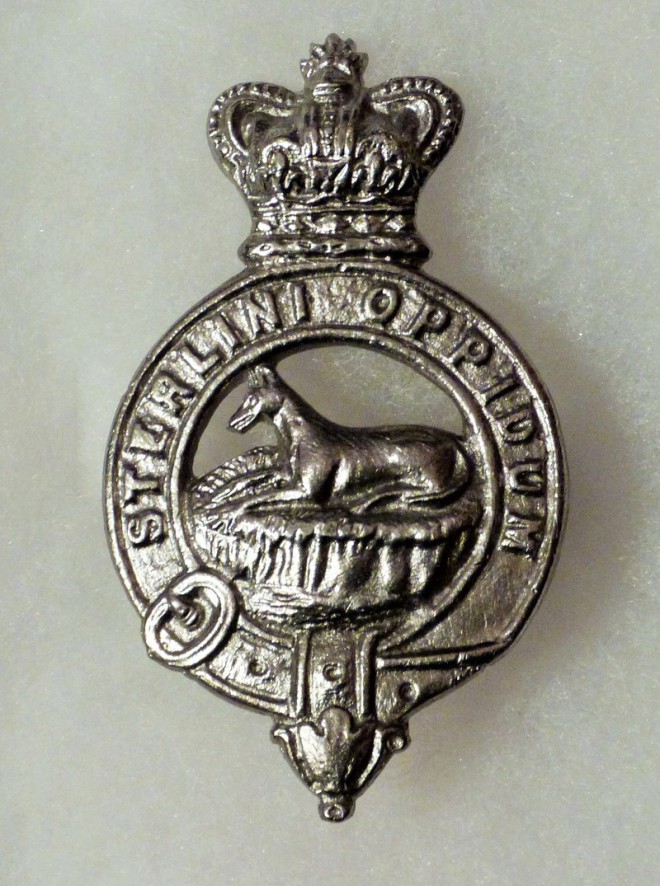 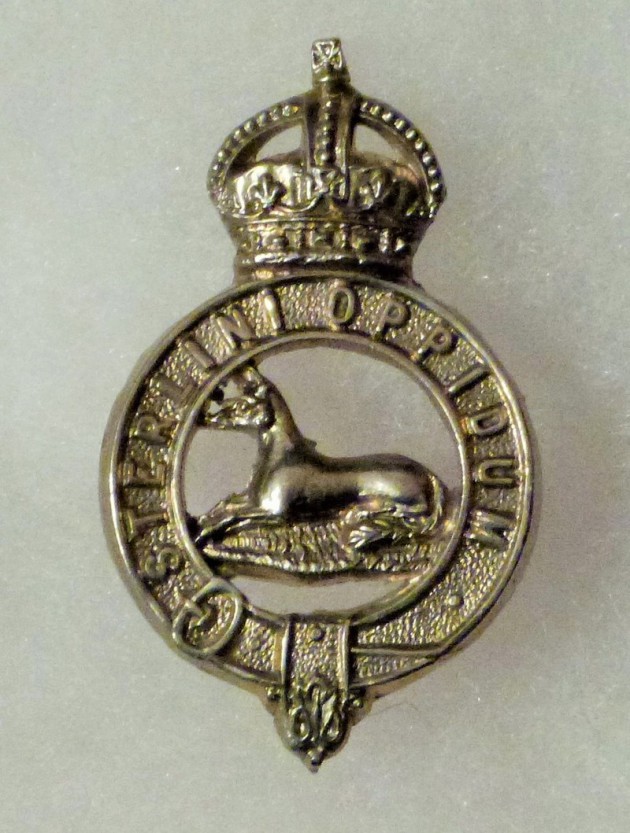 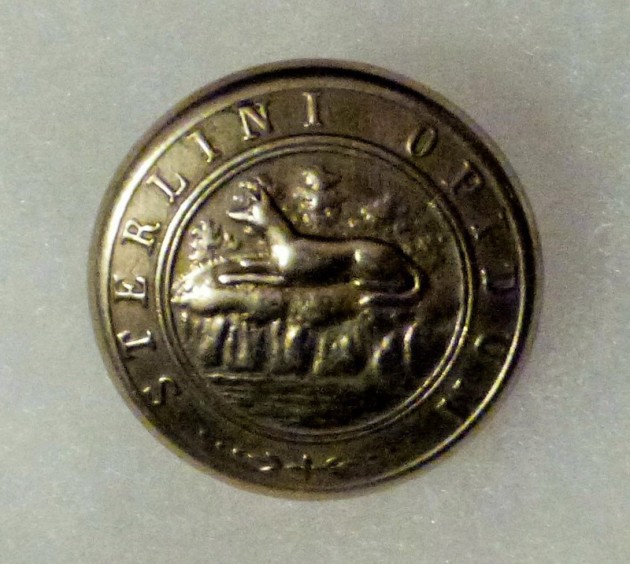