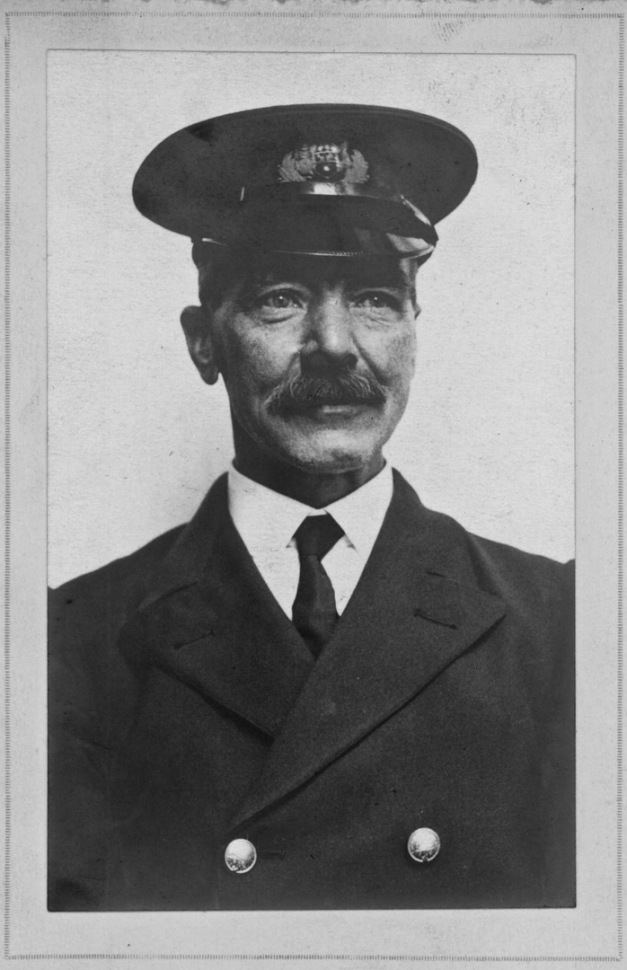 Firemaster John Guthrie of Leith Burgh Fire Brigade. (Probably after the amalgamation of Leith and Edinburgh.)

John Guthrie was born in Govanhill Street, Glasgow in 1876. He was the son of Duncan Guthrie, a Locomotive Coppersmith, and Mary Grierson or Guthrie. John was a plumber before he joined the City of Glasgow Fire brigade. Much of the following is taken from public documents. I have transcribed the documents as they are and this sometimes leads to apparent inconsistencies. For the sake of accuracy, I have quoted them exactly.

The Register of Births in the District of Hutchesontown in the Burgh of Glasgow for 1876 records that John Guthrie was born on 14 April 1876 in Govanhill Street, Glasgow. His record can be found under ‘1876, 644/11 734 Hutchesontown’.

On the night of the Census of Scotland, 1881, the following were living at 11 Hanginshaw Road, Hutchesontown, Govan, Glasgow.

On the night of the Census of Scotland 1891, the following were living at 78 Calder Street, Hutchesontown, Govan, Glasgow.

The Register of Marriages in the District of Hutchesontown in the Burgh of Glasgow 1900 records that John Guthrie married Janet (Jeannie) Campbell on 12 July that year at 98 Govanhill Street, Glasgow. The record can be found under ‘1900 644/11  191 0, Hutchesontown’. Janet Campbell was born at 283 Cronberry, Auchinleck, Ayrshire.

On the night of the Census of Scotland 1901, the following were living at 98 Govanhill  Street, Hutchesontown, Govan, Glasgow.

On the night of the Census of Scotland 1901, the following were living at 61 Cranston  Street, Anderston in the Parish of St Mark, Glasgow.

Over two years he engaged in a process of self-education and after two years was promoted, moving from Anderston Fire Station to the Central Fire Station and becoming First Officer. I believe that John Guthrie continued to serve in City of Glasgow Fire Brigade until his appointment as the Firemaster of Leith Burgh Fire Brigade in 1919. He was certainly still in Glasgow in 1911 in Ingram Street when his occupation was ‘Fire Brigades man’. 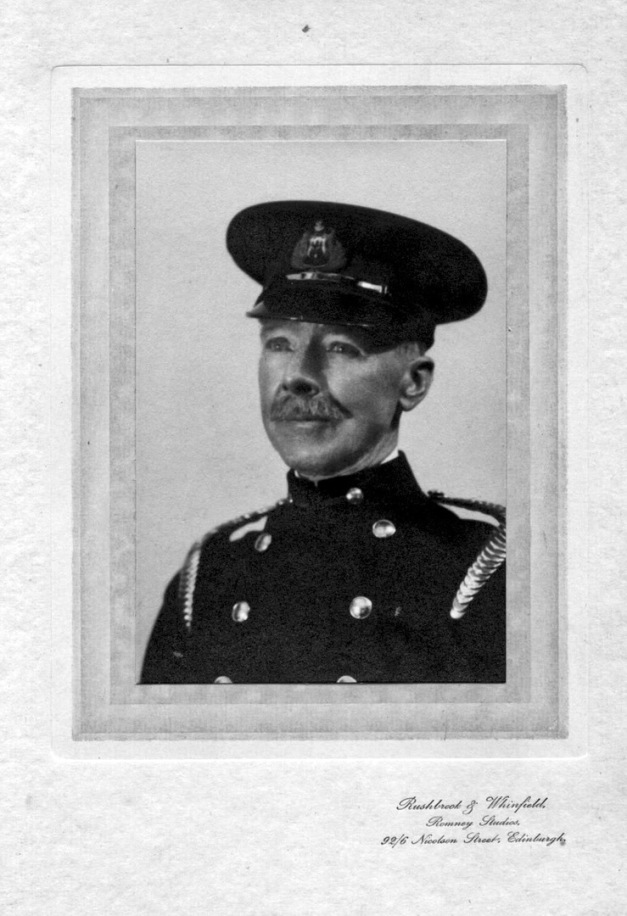 According to Graham Kirkwood’s excellent website on Fire Brigades, http://graemekirkwood.co.uk/Oldfire/Leith.htm

John Guthrie was appointed to the post of Firemaster of Leith:

“In July 1919, a short list of applicants for the vacancy of the post of Firemaster was drawn up. This consisted of the following applicants —John Guthrie (Glasgow); John Manson (Edinburgh); William J. Paterson (Glasgow). After a division in the committee, Mr. John Guthrie was duly elected Firemaster.
On the 29th July, 1919, Mr. Guthrie took up his post as Firemaster, at a salary of £250, rising to £350, per annum with free house, coal, light, uniform, and boots.”

Unfortunately, the following year on 2 November 1920, the provisions of the City of Edinburgh Extension Act 1920, took effect and the Burgh of Leith was swallowed up against the wishes of the majority of Leith residents. Graham Kirkwood quotes the following:

On the coming into force of the above Act on this date, 2nd November, the City boundaries will be extended to take in the Burgh of Leith, the Districts of Cramond, Corstorphine, Colinton, Slateford, Longstone, Liberton, Gilmerton, Newton and Straiton in the County of Midlothian.

The Leith Fire Brigade will be incorporated with the City Fire Brigade from this date.
The Firemaster of Leith, Mr. John Guthrie, will rank as Senior District Officer, and take charge of the Leith Fire Station and District, and take up seniority after the Third Officer.

The Firemen of the Leith Fire Brigade will take seniority with the Edinburgh Firemen according to their service. The staff at Leith Station will in future be –

The ‘Extension of Edinburgh’ in 1920 caused a great deal of bad -feeling in Leith, especially as most of the Burgh officials, the Chief Constable, Town Clerk and many others, were either demoted to more junior positions or subject to the decision “shall not be appointed” and dismissed on 2 November 1920.

John Guthrie was more fortunate and although Edinburgh officers took the more senior positions in the combined fire brigade, he continued as the ‘Senior district Officer’ for the Leith area.

John Guthrie played an active part in the operations of his area and the Scotsman of 9 October 1925 reported the following:

“DEVASTATING FIRE AT BRUNSTANE FARM:- About 2.20am on Tuesday fire was discovered to have broken out in a corrugated iron shed in the farmyard at Brunstane, the property of Mr Robert Park.

Eighty tons of oat straw, fifty-five tons of unthrashed oats, and about twenty tons of hay were destroyed. In an adjoining shed about three tons of bran and one tone of oats were partly damaged by water, the whole damage being estimated at between £800 and £900.

At the time stated, a woman who was employed on the farm heard cracks coming from the direction of the shed in question and saw black specks and smoke issuing therefrom. On proceeding to the shed she found that the flames were rapidly spreading about the centre of the shed. Mrs Park was immediately informed, and the Fire Brigade was summoned by telephone.

Not long after three engines, under Lieutenant John Guthrie, of Leith Fire Station, were on the scene. Scarcity of water greatly handicapped the firemen, and it was not until about six o’ clock they had the fire under problem control. The firemen had to remain on the scene of the outbreak all through the night attending to the smouldering remains.” 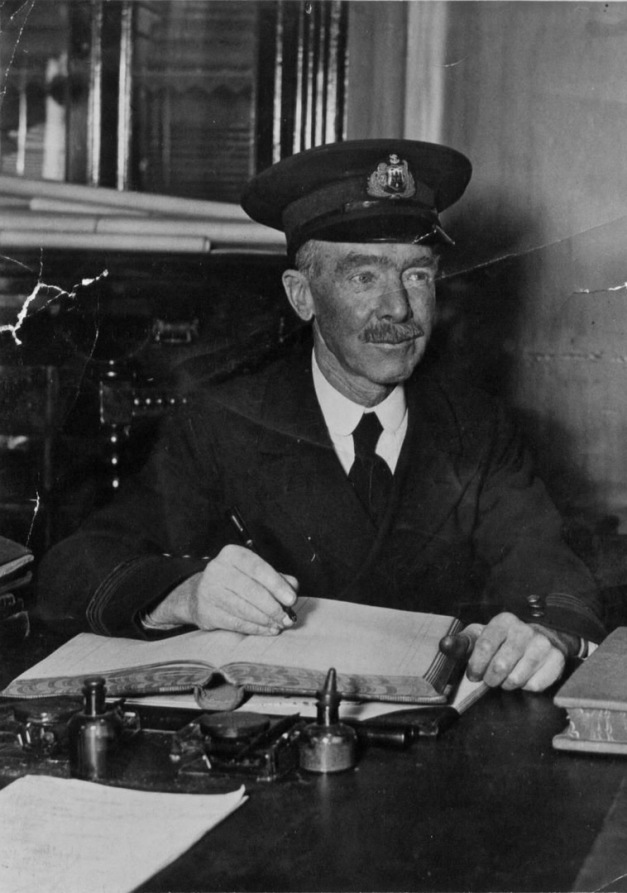 Janet (Jeanie) Campbell or Guthrie died on 29 November 1936 in Leith. She was buried in Corstorphine Hill Cmetery, where her inscription reads, "In loving memory of Jeanie Campbell, beloved wife of John Guthrie, died 29 November 1936 aged 63 years."

“DEATH OF FORMER FIRE BRIGADE OFFICER:-  Mr John Guthrie, a retired officer of the Edinburgh Fire Brigade, has died at 38 Parkgrove Drive, Barnton. Before the amalgamation of Edinburgh and Leith in 1920 Mr Guthrie was Firemaster at Leith. Before that he had been attached to the Glasgow Fire Brigade . He retired from Edinburgh Fire Brigade in April 1939, having held the post of Senior District Officer since 1920.”

John Guthrie is buried beside his beloved wife Jeanie in Corstophine Hill Cemetery.

(This article has been possible because of the kindness of Martin Guthrie, who sent me the images of his Great grandfather and also much of the information.

Thank you also to Graham Kirkwood for his excellent website and the information on Leith Fire Brigade.)