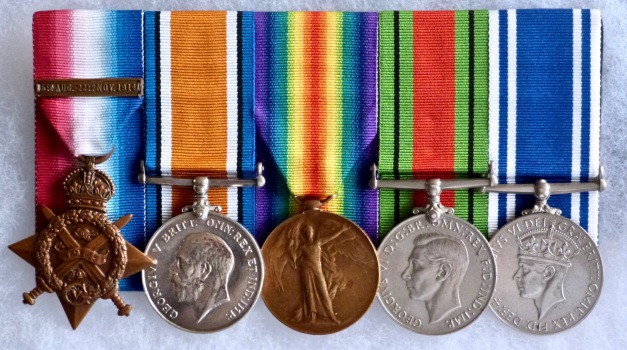 Francis Fraser Mackenzie was born in 1889 in Watten in the County of Caithness. He was the tenth child (of 11) of John Mackenzie, a Wire Fencer and Margaret Fraser or Mackenzie. He was a Farm Servant before he enlisted for 12 years, 9 with ‘the Colours’ and 3 with the Reserve, as Private 9350 in the Seaforth Highlanders at Wick, Caithness on 5 February 1906.

He was 5’ 9” tall with fresh complexion, blue eyes and brown hair with two scars on the inner side of his left thigh and one on the rim of his right ear. Pages from his Army Form B50, “The Small Book”, can be seen below. The Small Book (see below) records that he was station in the United Kingdom (‘Home’) from then until 10 March 1907 from when he joined the 1st Battalion in India. 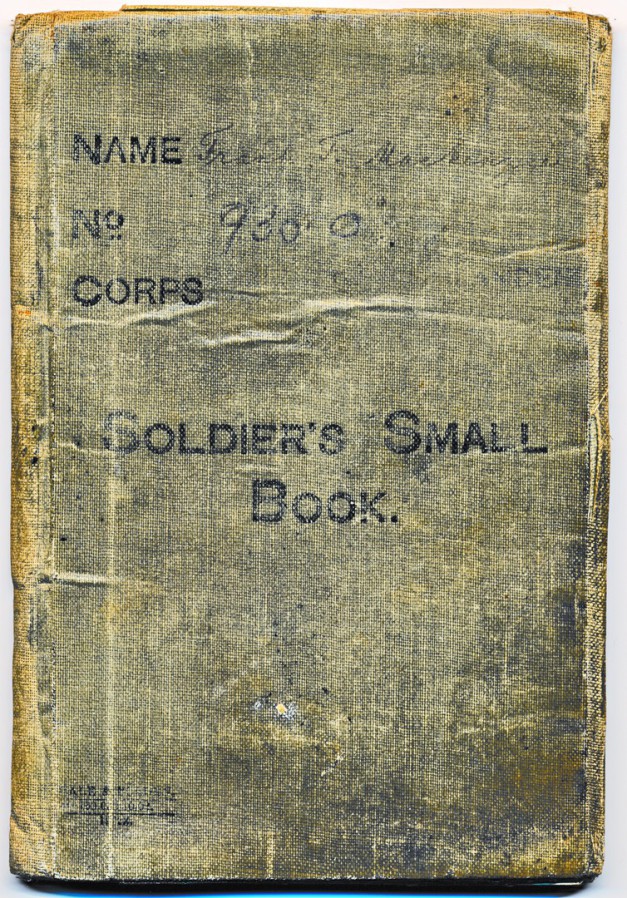 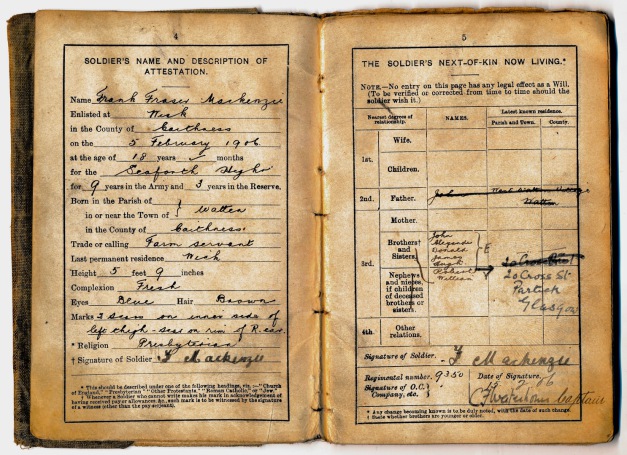 The Census of the United Kingdom, 1911

The British Army in India was included in the Census that year and at Chaubattia, [1]

The battalion was still in India as part of the Dehta Dun Brigade of the 7th (Meerut) Division.
at Agra in Uttar Pradesh south of New Delhi at the outbreak of World War 1. They were mobilised for war and embarked for France in September arriving at Marseilles to become part of the 19th Indian Brigade of the 7th (Meerut) Division.

The Division was engaged in actions on the Western Front including the Battles of La Bassee, the First Battle of Messines, Armentieres and the Battle of Loos.

In December 1915, the battalion embarked for Mesopotamia [2] where they were engaged against the forces of the Ottoman Empire.[3] The Division engaged in various actions against the Ottoman Empire including; The battles at the Sheikh Sa'ad, Wadi, Hanna, Dujailia, Sannaiyat, The fall of Kut, and The capture of Baghdad.

For a time in Mesopotamia, the battalion amalgamated with a Black Watch unit from February until 12 July 1916 due to heavy casualties received by both battalions.

In December 1917, they again embarked for Egypt and Palestine where they were engaged in heavy fighting until the end of the war. The Division was engaged in various actions including The captured 'North and South Sister' Hills, The raid of 'Piffer Ridge' and The Battle of Megiddo.

January 1918 ended the war in Palestine and the division was at Khan Abdi north east of Tripoli.

Francis Mackenzie’s 12-year engagement should have expired in February 1918, but it is likely he was not discharged until late 1918 at the earliest.

Award of the three War Medals

Francis Mackenzie’s Medal Index Card (MIC) confirms his entitlement to the 1914 Star and Clasp, the British War Medal and the Victory Medal as Private 9350 of the 1st Battalion Seaforth Highlanders.

[1] A settlement in Almora district, in the state of Uttarakhand, northern India. It is located roughly 10 kilometres south of the cantonment town of Ranikhet. Chaubattia is 1,800 metres above sea level, within sight of the western peaks of the Himalayas. Wikipedia.

[2]Mesopotamia is a historical region of Western Asia situated within the Tigris–Euphrates river system, in the northern part of the Fertile Crescent, in modern days roughly corresponding to most of Iraq, Kuwait, the eastern parts of Syria, South-eastern Turkey, and regions along the Turkish–Syrian and Iran–Iraq borders. Wikipedia.

[3]The Ottoman Empire, known to the Ottomans as the Empire of Rûm/Rome, and known in Western Europe as the Turkish Empire or simply Turkey, was a state and caliphate that controlled much of Southeast Europe, Western Asia and North Africa between the 14th and early 20th centuries. Wikipedia. 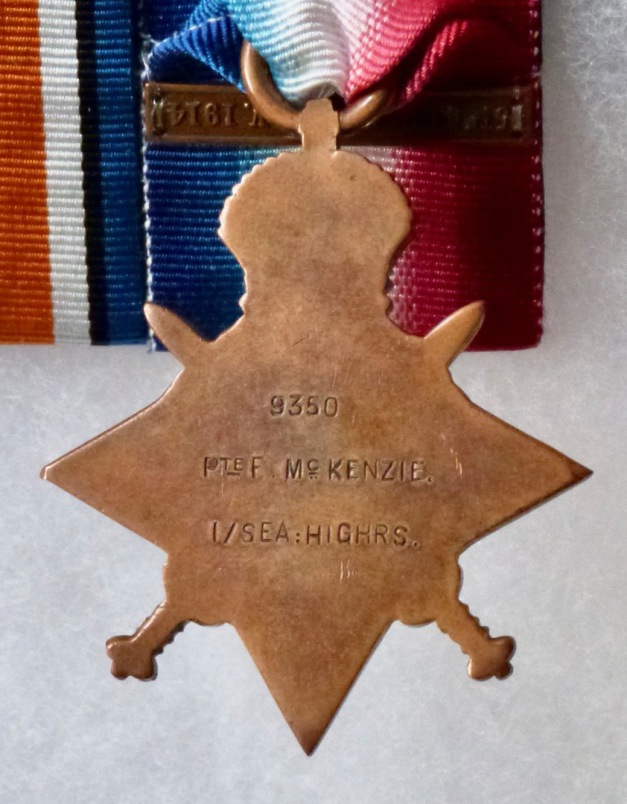 Life after the Army

By early 1920, he was working as a Glasgow Corporation Tramcar Conductor. That was his occupation on 16 January 1920 when he married Janet (‘Jessie’) Robertson Newberry or Miller, (28), a War Widow with two young children, Jessie Newberry Miller, (7) and Joseph Miller, (5). Jessie’s home address was 44 Greenvale Street, Glasgow and that was to remain the family home at least until 1961. Her first husband had been killed aged 29 serving with the ‘Nelson Battalion’ of the Royal Naval Division at Gallipoli in Turkey on 3 May 1915.

Given that Francis was 31 years old in 1920, it is likely that he joined the Caledonian Railway Police (CRP) in Glasgow soon after.

The couple had one child together, James John Newberry Mackenzie, born at 44 Greenvale Street, Glasgow on 16 October 1926. All three children were still living at Greenvale Street until their individual dates of marriage between 1940 and 1949.

In January 1923, CRP became part of the London Midland & Scottish Railway Police until January 1949 when the railway companies were nationalised as British Railways. The force then became British Transport Commission Police (BTCP) and much later, British Transport Police. Francis Mackenzie’s occupation was ‘Railway Constable’ and his address on public documents was 44 Greenvale Street in Glasgow throughout the 1920’s to 1950’s and it is likely he was stationed at one of the numerous British Railways premises in the city or nearby.

The Police Long Service & Good Conduct Medal was instituted on 15 June 1951 in the reign of King George VI. Thousands of British Police officers were qualified to receive the medal by virtue of their 22 years of service by the King’s death on 6 February 1952. Although Queen Elizabeth II was crowned on 2 June 1953, the first medals awarded bore the effigy of King George VI and ‘in November 1953, General Sir Daril G Watson, GCB, CBE,MC accompanied by Mr W B Richards, Chief Officer (Police) attended parades in London, Crewe, Peterborough, Glasgow and York and presented medals not only to serving Officers, but also to Officers who have retired since June 1951, and to the widows of Officers who since that date have unhappily passed on.’ [1] Up to 1000 BTCP officers received the medal at the November parades and it is likely PC Mackenzie was one of those present at the Glasgow parade.

According to her death certificate, Janet Robertson Newberry or Miller or Mackenzie, (69), died between her home at 44 Greenvale Street and Knightswood Hospital, Glasgow on 14 January 1961.

This has been a very interesting group of medals to research. It is unusual to have a regular soldier from before the First War who actually qualified for a Police Long Service and Good Conduct Medal as it was not authorised until June 1951. The Railway Companies Police and their successors were more relaxed about men and women working in their middle sixties and it is common to read about such retirements in the Journal of the British Transport Commission Police and its successor, British Transport Police.

I suspected that Francis was a Railway Police officer, and this was confirmed when I found his occupation on his child’s birth certificate. My thanks once again to the British Transport Police  History Group and their extremely useful digitised copies of the force magazine from 1948 to 1990.