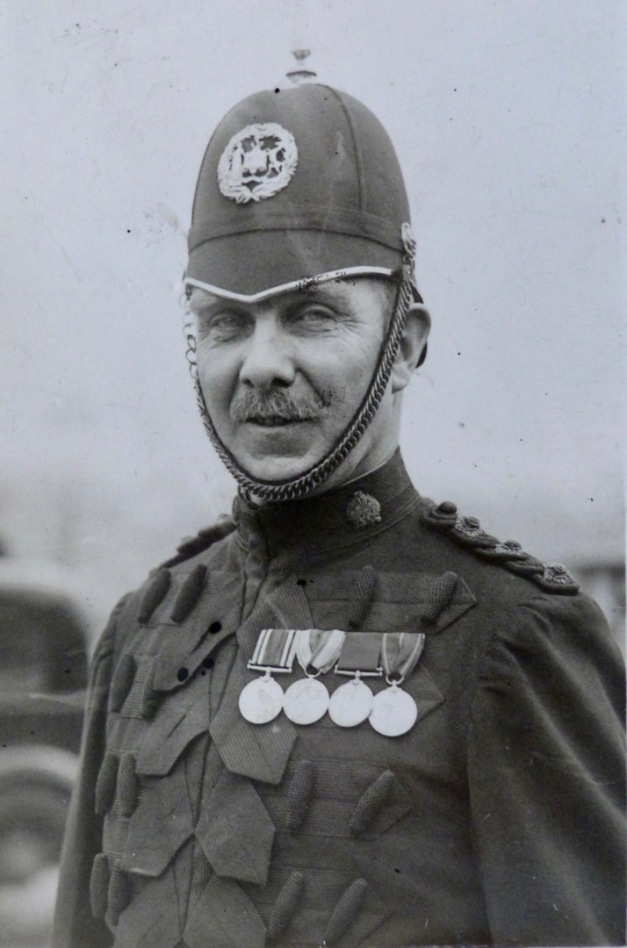 Colin Fraser Brown was born on 3 August, 1876 in Peterhead in Aberdeenshire. His father was James Brown, a Merchant Seaman, and his mother, Margaret Skene or Brown.

When he joined Edinburgh City Police on 29 August, 1899 as a ‘Temporary Constable for Cabling Works in A Division’ his collar number was 701 A. His description on joining was '23 years of age, 6’ 1”, blue eyes, fair hair and fair complexion’. His occupation was 'Seaman'.

He was given a permanent appointment on 24 October that year and his number changed to 621 A.

He worked for a time as a Plain Clothes Constable (PCC) and he can be seen in the picture with his PCC colleagues below. 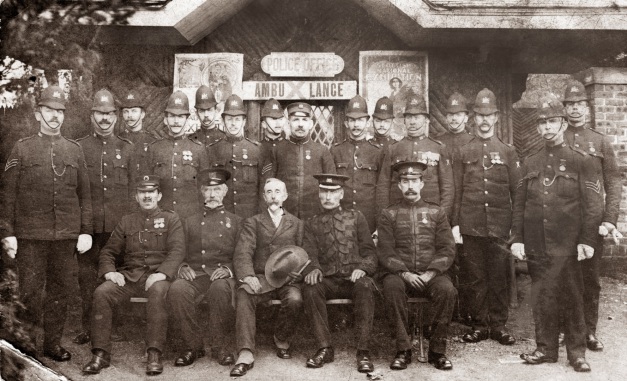 PC 621 A Colin Fraser Brown can be seen at the Scottish National Exhibition at Saughton Park, Edinburgh in 1908 (3rd from left in back row) 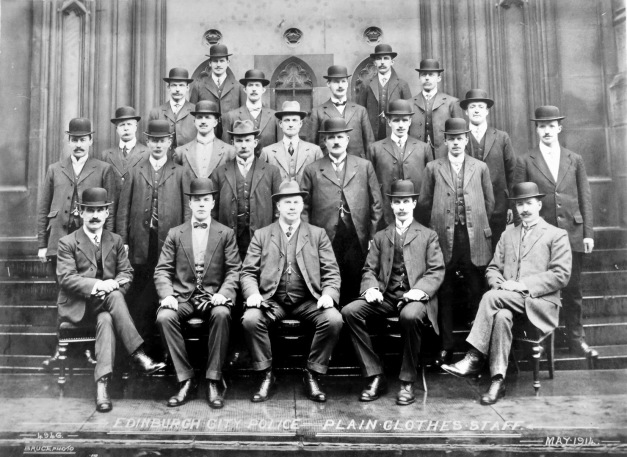 He was awarded five Commendations by the Chief Constable as follows:

On 7 June, 1915 he resigned for the purpose of joining the Army. 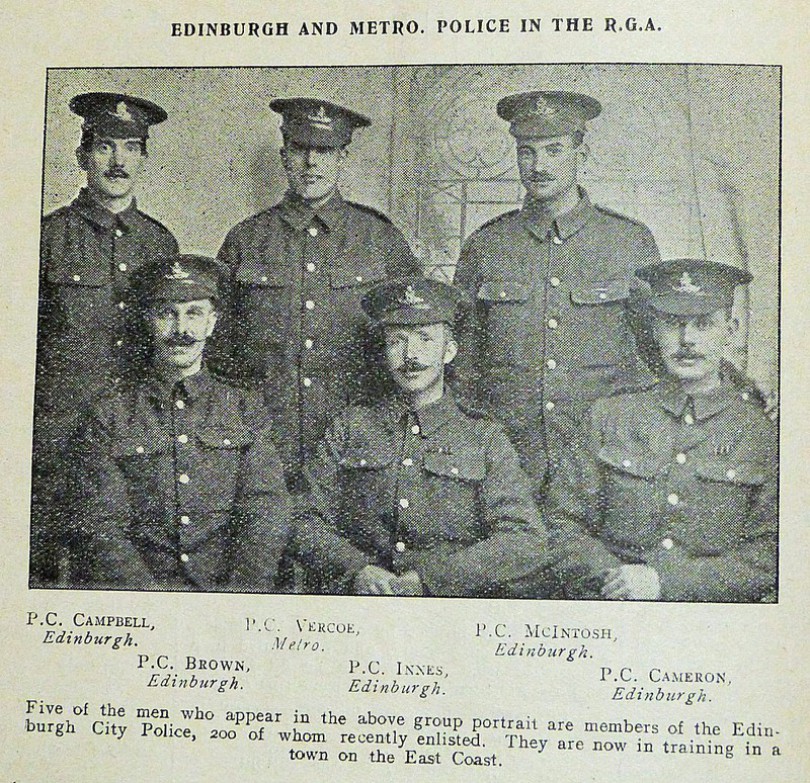 He enlisted in the Royal Garrison Artillery (See picture above).

In a Supplement to the London Gazette of 13 October, 1917, Colin Fraser Brown is recorded as being commissioned as a 2nd Lieutenant in the Royal Garrison Artillery with effect from 1 October, 1917. He was posted to France arriving in theatre on 24 November, 1917.

He survived the war and after his discharge he was reappointed to Edinburgh City Police as PC 79 A on 28 January, 1919.

According to his Medal Index Card (MIC), when he applied for his medals on 22 February, 1922, his address was ‘5 Torphichen Place, Edinburgh’. That was the police houses at the West End Police Station and one of his neighbours was PC Thomas Patterson whose story is also recorded in this section.

From left to right, the small silver badge was from the Scottish National Exhibition of 1908, the British War Medal, the Victory Medal, the King Edward VII Police (Scotland) Medal, 1903, the King George V Coronation (Scottish Police) Medal, 1911
He was Promoted to Superintendent on 22 March, 1927 and transferred to “D” Division which was then at the West End Police Station in Torphichen Place.

He retired on Pension from Edinburgh City Police on 15 April, 1934.

In the New Year’s Honours List for 1935, the Edinburgh Gazette of 4 January that year records that “Colin Fraser Brown, Superintendent, Edinburgh City Police was awarded the King’s Police Medal for Distinguished Service.” (See pictures below). 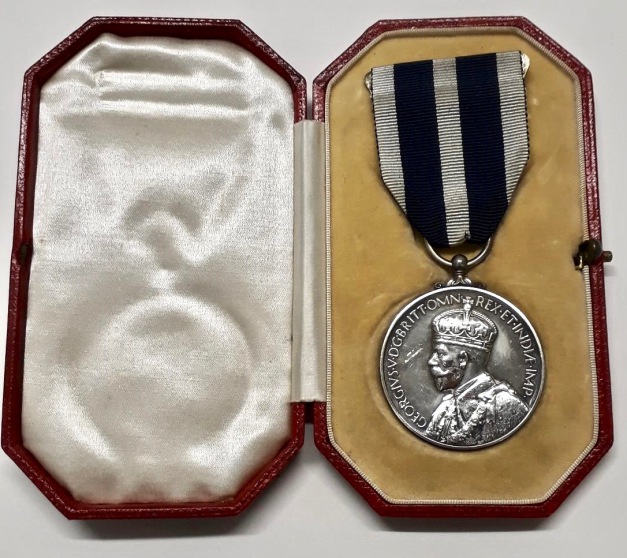 A King's Police Medal (Obverse) of the type awarded to Superintendent Colin Fraser Brown in 1935. (Pictures with kind permission of Edinburgh City Archives). 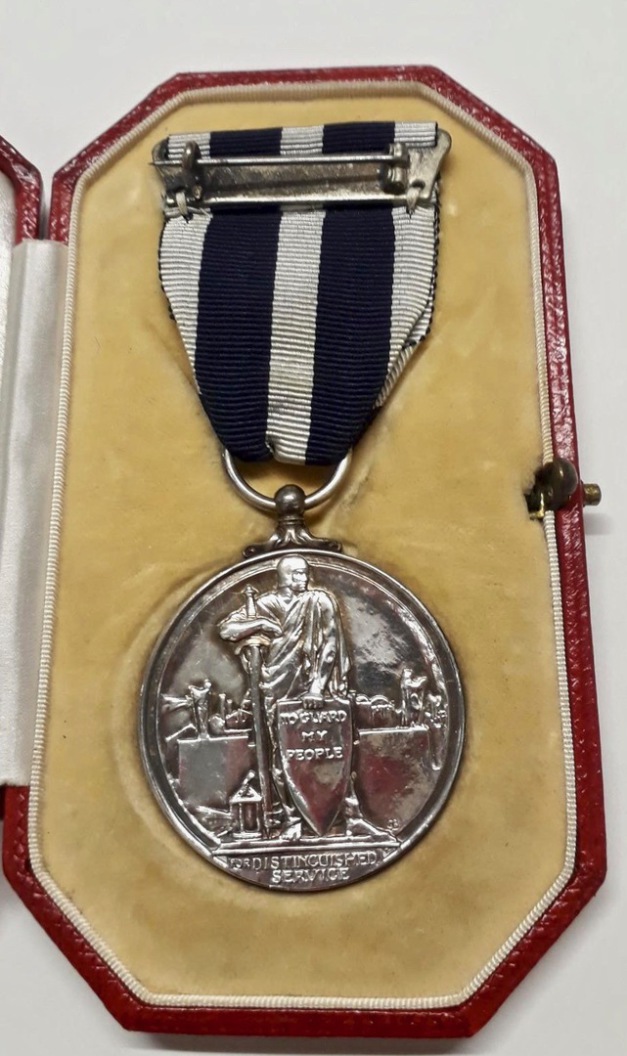 A King's Police Medal (Reverse) of the type awarded to Superintendent Colin Fraser Brown in 1935. (Pictures with kind permission of Edinburgh City Archives).

Isabella Gordon or Brown died in Edinburgh aged 75 on 22 May, 1954. Her son James also registered her death.