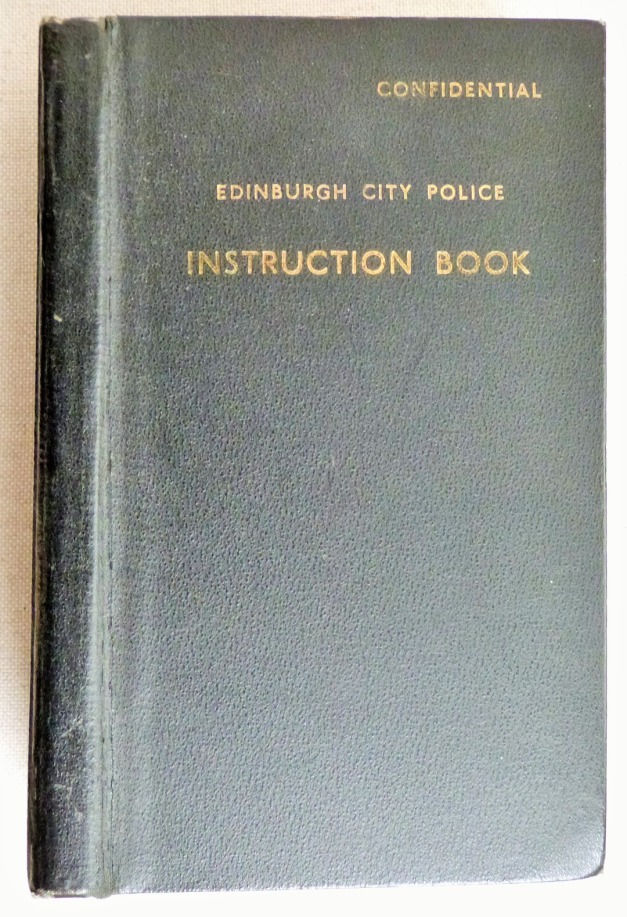 The Edinburgh City Police Instruction Book was complimentary to the ‘Scottish Criminal Law’ (SCL) and ‘Road Traffic Law’ (RTL) books, copies of which, were issued to every Constable in the force on joining. 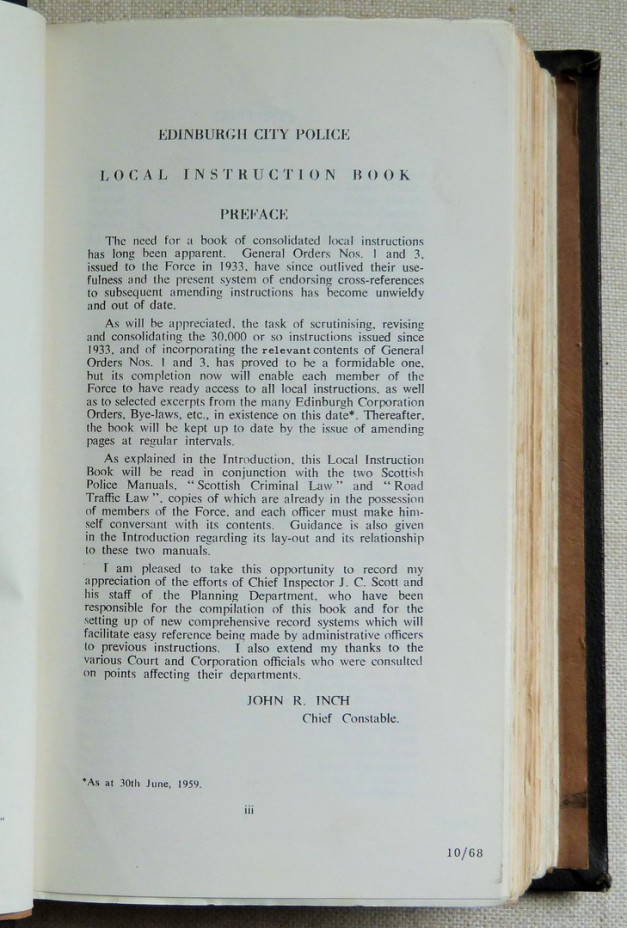 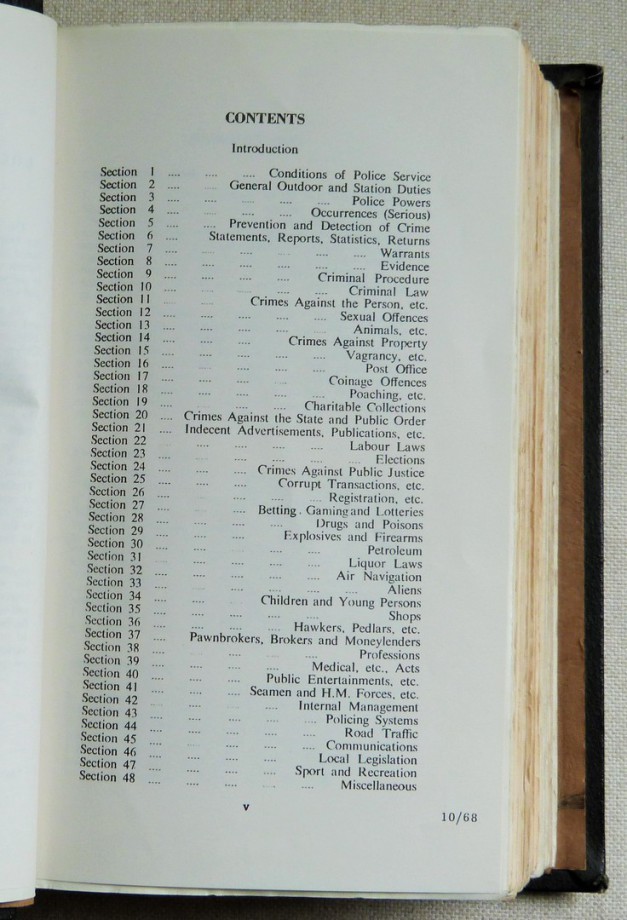 Chapters 1 – 41 of the Instruction Book were in the same order as the SCL but Sections 42 – 47 dealt with entirely local systems and legislation (Section 44 embodied the local application of RTL). Section 48, ‘Miscellaneous’ corresponded to Section 42 of the SCL.

Perhaps the two most relevant Sections were Section 1, Conditions of Service, pages 68 -69, the Discipline Code and Section 46, Local Legislation, pages 61 -62, ‘The Powers’.

The Discipline Code outlined the correct behaviour of a constable and listed the offences he or she committed, by any infringement. 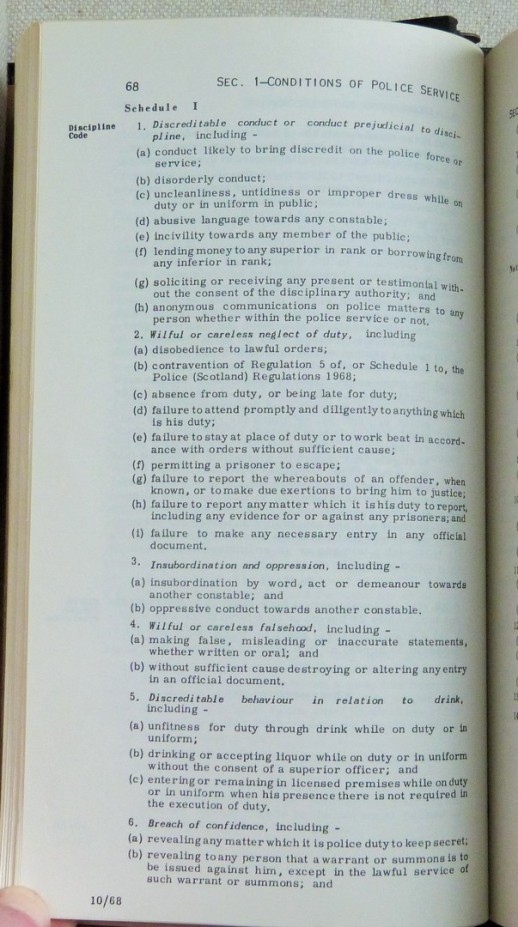 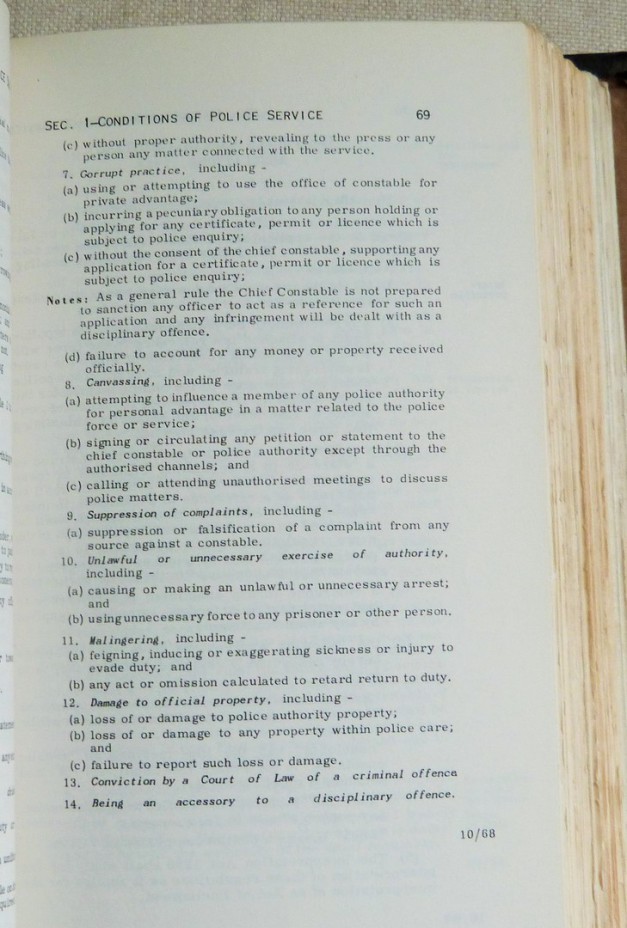 More correctly known as Section 482 of the Edinburgh Corporation Order, 1967, this section was designed to deal with the actions of ‘Known or reputed thieves (KT) and associates of known and reputed thieves’.

The following is what the section permitted constables to do in the prevention of crime in the city in the days before the Human Rights Act.

(a)     is found in or near any premises or loitering in any public place with intent to steal; or

(b)     has in his possession any picklock, key, crowbar,jack, bit or other implement usually employed in house-breaking; or

of his possession thereof.

shall be guilty of an offence.

It shall not be necessary for the purpose of proving the commission of an offence against paragraph (a) of the preceding sub-section to prove that the accused did any particular act tending to indicate his intention and he may be convicted of such offence if, from the circumstances of the case (including the character of the accused) it appears to the court that his intention was to steal.

Any constable may arrest without warrant any person whom he has reasonable cause to suspect of having committed and offence against any provision of this section.

Any money or article found in the possession of a person convicted of an offence against this section and forming the subject matter of such offence shall be deemed to be an article to which Section 54 of the Summary Jurisdiction Act, (which relates to the forfeiture, on conviction of an offence, of any instruments or other articles found in the possession of the accused and used, or calculated to be of use, in the commission of the offence) applies.