David Russel Baxter was born a second twin (his brother was James Baxter), on 6 February 1892, in Kilsyth, Stirlingshire. His father was James Baxter, a Labourer and his mother, Minnie Russell or Baxter. They had been married at Greenock on 31 October 1887.

The following were living at Finlay Street Court, Kilsyth, Stirlingshire, on the night of the Census 1891.

The following were living at Shawend, Kilsyth, Stirlingshire on the night of the Census 1901.

James did not cope well after the war and by  1931, was living in Orchard House, 9 Union Street, Stirling.

**On 20 July 1916, in France and Flanders, Private No. S/22023 William Baxter, born Kilsyth, Stirlingshire, and who enlisted in the Queen’s Own Cameron Highlanders at Coatbridge, Lanarkshire, was killed in action. William’s picture in uniform can be seen below. 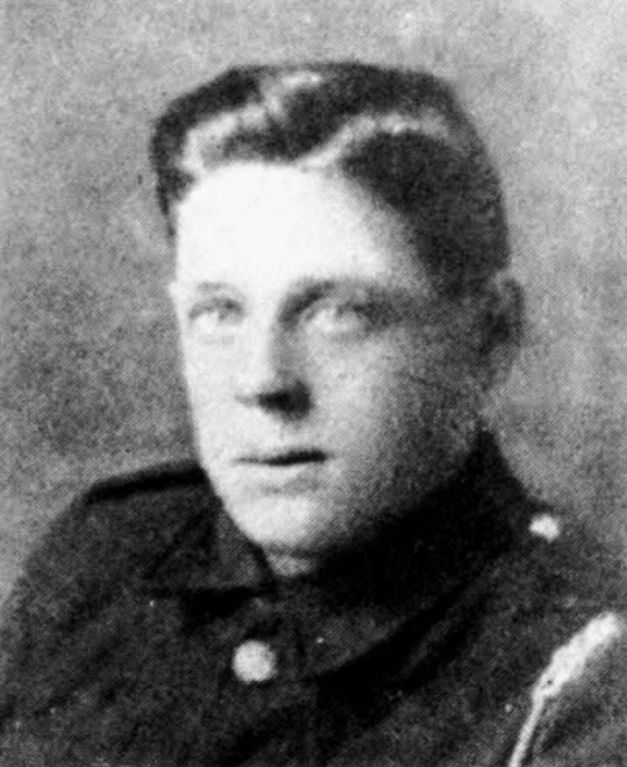 Private No. S/22023 William Baxter, David's younger brother, who enlisted in the Queen’s Own Cameron Highlanders and was KIA on 20 July 1916. Couresy of Coatbridge in the Great War Website). 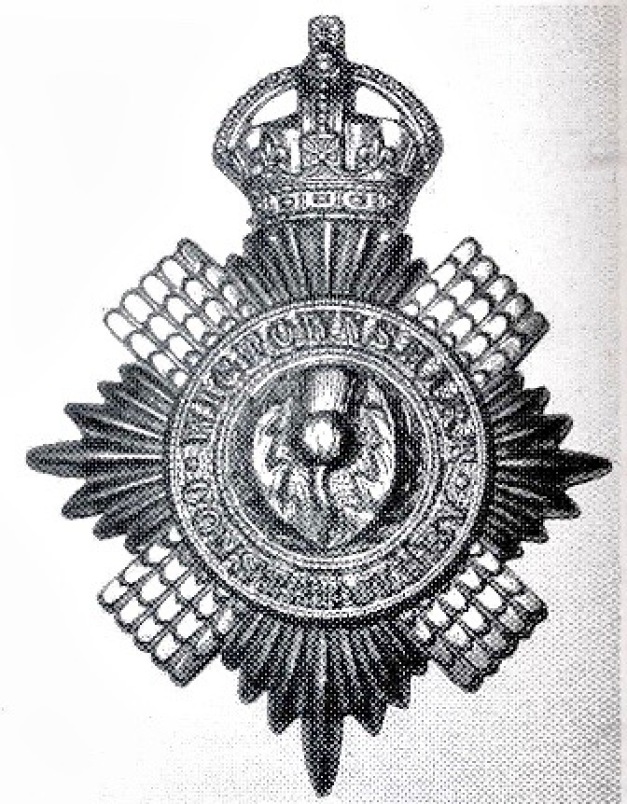 David Russell Baxter joined the County of Wigtownshire Police on 16 June 1914 as a 3rd Class Police Constable. He was unmarried . He was stationed at Wigtown and Stranraer during his brief tenure with the police. 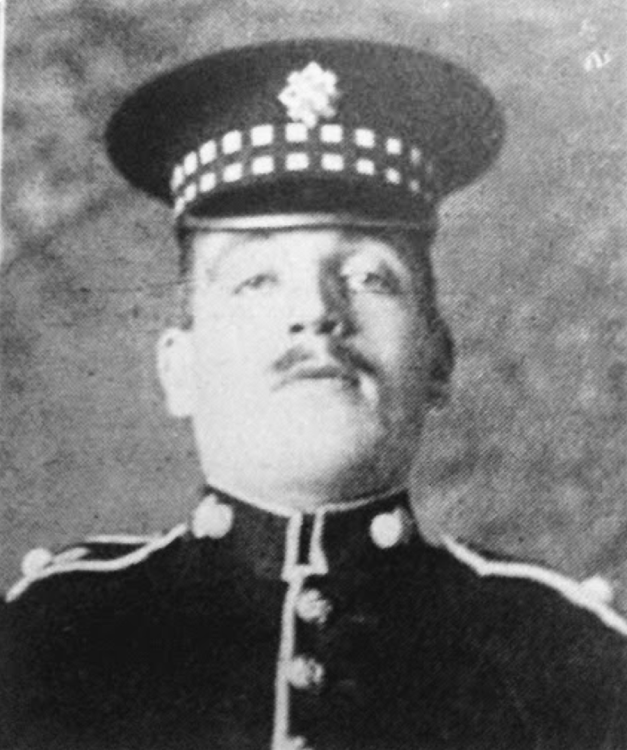 This is believed to be Guardsman David Baxter, Scots Guards. (Picture courtesy of Coatbridge and The Great War website).

On 9 November 1914, David Russell Baxter enlisted as Guardsman No. 12067, for three years with the Colours on a ‘Short Service’ enlistment. His previous occupation was ‘Police Constable’.

He was described as just over 6’ tall, 22 years and 9 months old, with a fresh complexion, grey eyes and dark brown hair. He was medically fit for military service at Stranraer on 9 November and transferred to the Guards Depot at Caterham in Surrey with the 3rd Scots Guards Reserve Battalion.

On 3 May 1915, he was transferred to the 1st Battalion Scots Guards.

The picture above is believed to be David Russell Baxter in the Scots Guards. The cap is Scots Guards, but the collar badges are of the Grenadier Guards.

This shows the dates of David Baxter’s  postings home and abroad.

On 16 September 1916, whilst still serving in the 2nd Guards Brigade, Machine Gun Company, David Russel Baxter was killed in action.

The MHS records his father George Baxter, 283 New Row, Gartsherrie, Coatbridge, as his next of kin.

He was the son of John Baxter, a Linen weaver and Mary Stewart or Baxter, both deceased.

Minnie was the daughter of Alexander Russell, a Blacksmith Journeyman and Janet McKillop or Russell, both deceased.