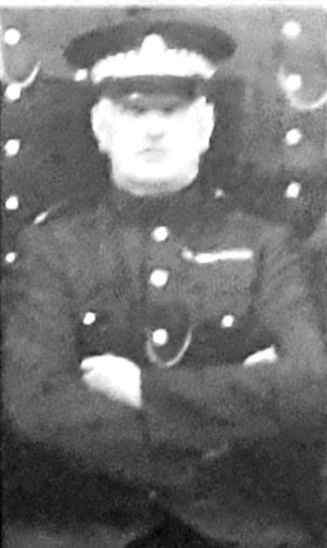 William was a Carter before he joined Kirkcudbrightshire Constabulary in 1913. He enlisted in the Royal Army Medical Corps (RAMC) in late 1915. According to a later newspaper report, he entered France in 1916 and was awarded the Military Medal for ‘bravery in the field’ in 1918.

He rejoined Kirkcudbrightshire Constabulary after the war and in 1921, married Annie J. Brown at Thornhill in Dumfriesshire.

William died in service at the Police Station in New Galloway in 1950.

The following were living at Dunreggan in the Parish of Glencairn, Dumfriesshire on the night of the Census of Scotland 1901.

*161146 Private James Muirhead of the Royal Army Medical Corps of Dunreggan, Dumfriesshire was awarded a Disability Discharge and pension on 19 September 1919 due to the loss of ‘the left ring finger during his service’.

William Muirhead joined Kirkcudbrightshire Constabulary as a Police Constable in 1912 and was initially stationed at Maxwelltown. 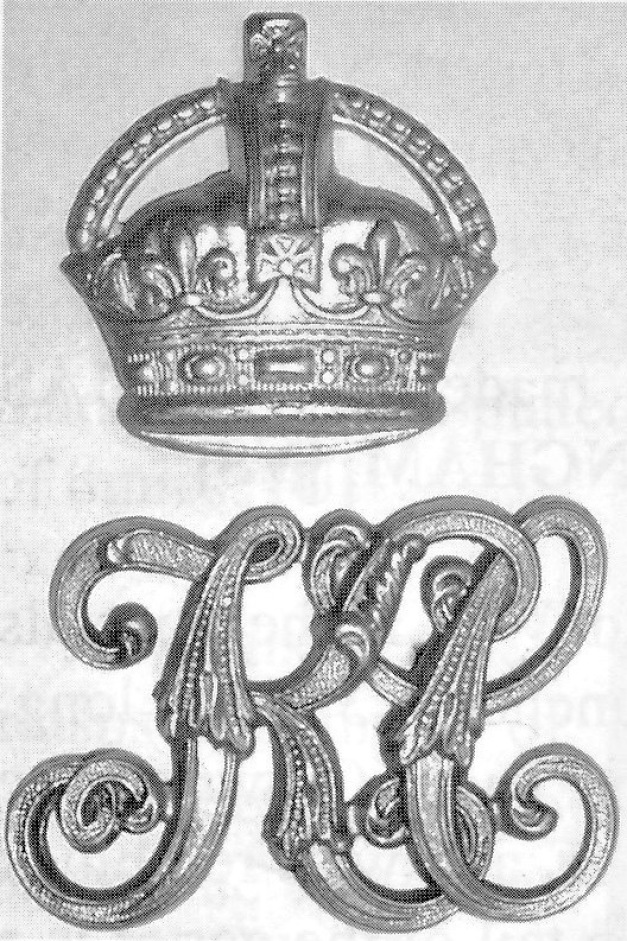 The Kirkcudbrightshire Constabulary cap badge before 1932. It can be seen on an officer's cap below.

Dumfries and Galloway Standard, Saturday 11 May 1915

Page 5 of the Dumfries and Galloway Standard of Wednesday 17 November 1915, reported the following:

“Constable William Muirhead of the Maxwelltown division of the Stewartry Constabulary, was met by his fellow constables on Monday and presented with a toilet case on the occasion of his leaving to join the Royal Army Medical Corps. The presentation was made in an appropriate speech by Inspector Jamieson.”

“L’Abbaye, 29/4/18 – Owing to an outbreak of illness – influenzal in type, among the men, the unit proceeded to Labeauricre (sic) and arrived there at 3.00pm.

Dumfries and Galloway Standard, Saturday 11 May 1918

Page 2 of the Dumfries and Galloway Standard of Saturday 11 May 1918, reported the following:

“Lance Corporal William Muirhead, Royal Army Medical Corps, has been awarded the Military Medal for bravery in the field during the great German offensive.

When an aid post was subjected to heavy enemy fire he continued to carry wounded  through the enemy’s barrage until the post was cleared of its wounded.

He went to France at the beginning of 1916 and has seen much heavy fighting. Before enlisting he was  a member of the Maxwelltown police force.”

“The King has been graciously pleased to approve the award of the Military Medal to this non-commissioned officer for bravery in the field. ‘Private 79088 W. Muirhead, Royal Army Medical Corps – Moniaive.”

William was then serving in 8th Field Ambulance, RAMC. 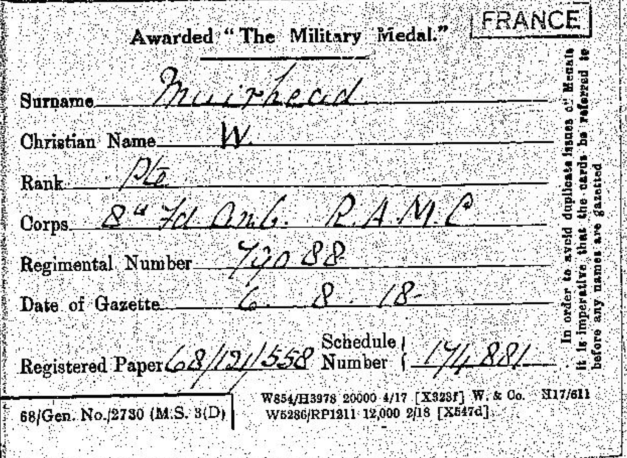 Apart from the Medal Index Cards showing his award of the Military Medal and the entitlement to the British War and Victory Medals, I can find no other Army Records for William Muirhead. This is not unusual since in 1940, the building housing the records in London was destroyed by enemy bombing and many of the records were burnt beyond recognition.

It is likely that William rejoined Kirkcudbrightshire Constabulary by early 1919. 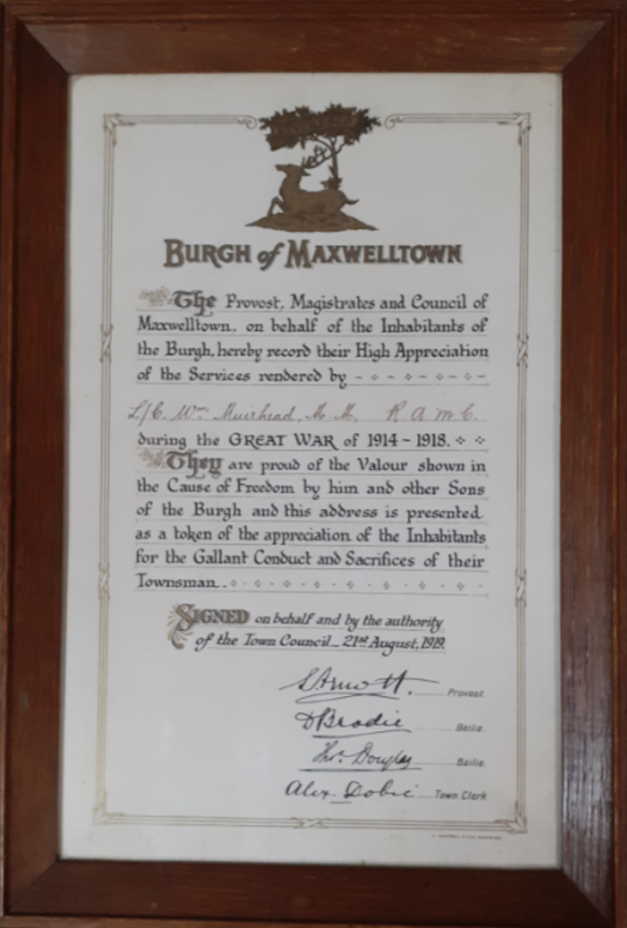 Certificate presented to L/Cpl. William Muirhead MM, RAMC by the Burgh of Maxwelltown in 1919 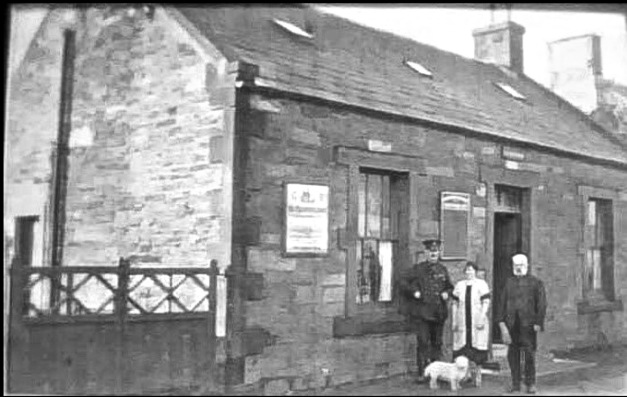 The picture shows PC Muirhead, his wife Annie and an unknown local man outside the Police Station at Gatehouse of Fleet, date unknown.

Register of Marriages in the Parish of Morton in the County of Dumfries, 1921

The witnesses were James Caldow and Mary Jane Brown, and the ceremony was performed by the Reverend J. H. Oswald, Minister.

His parents were William Muirhead, a Gas Maker, (deceased) and Jane Johnstone or Muirhead, (deceased). His death was registered by David Shortland of 27 west Morton Street, Thornhill.

I could find no trace of Annie Muirhead’s death. 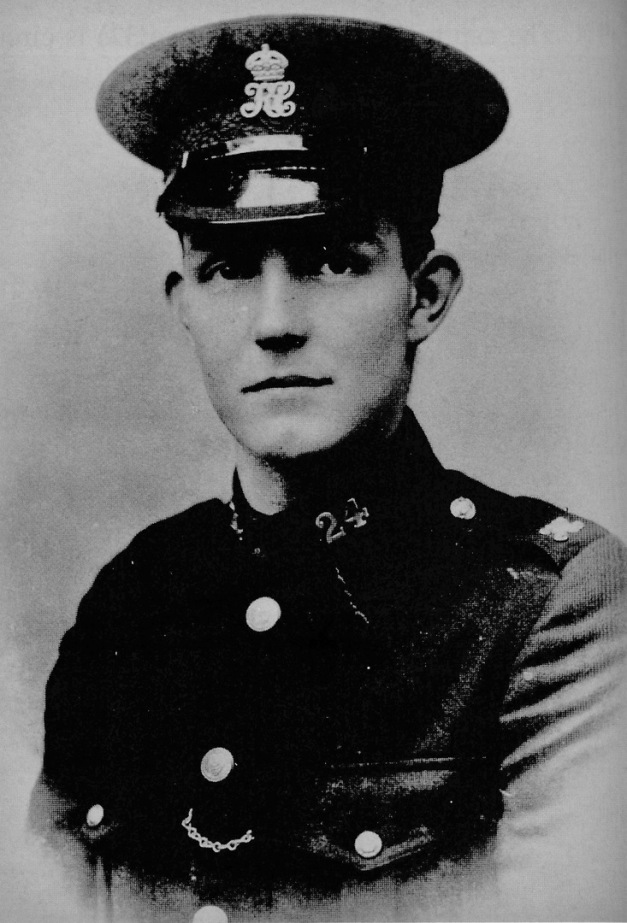