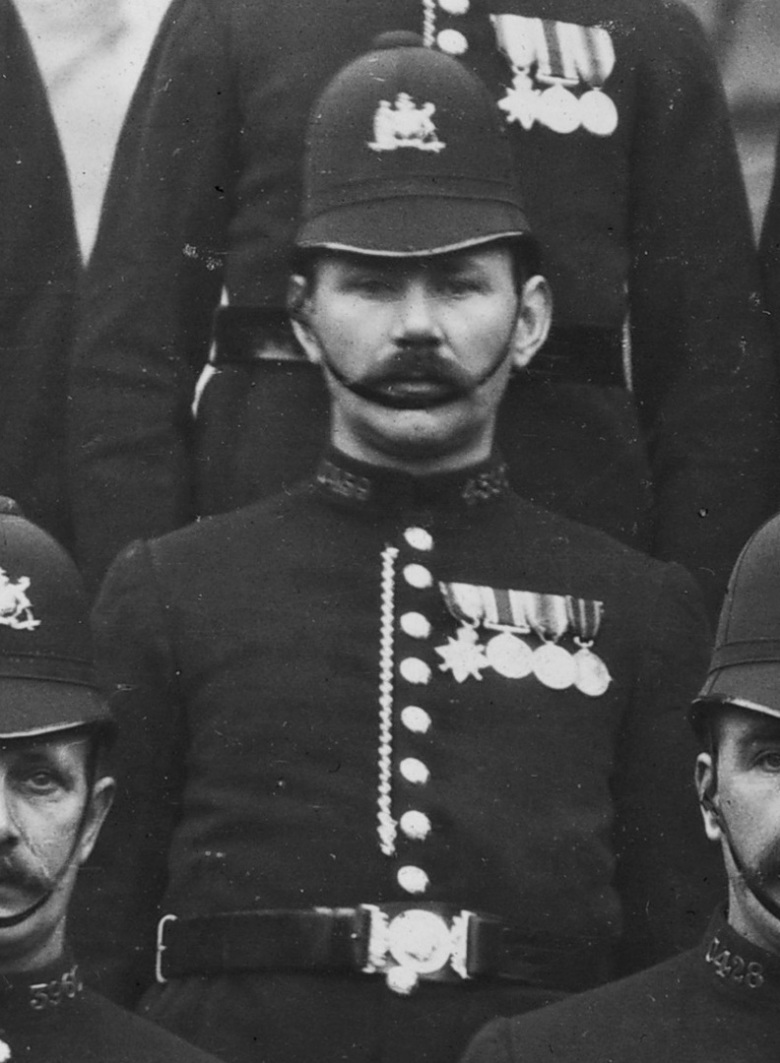 Thomas Patterson was born on 26 June, 1886 at Bogangreen, Coldingham in Berwickshire. His father, John Patterson, registered his birth. His mother was Isabella Cottar or Patterson.

In the Census of 1891, he was living with his Grandmother, Agnes Walker or Patterson, his father and other relatives at Whitecross in Coldingham, Berwickshire.

By 1901, the family were at Farm Cottage near Foulden in Berwickshire.

On 22 September, 1902, at Dunbar in East Lothian, Thomas Patterson, a Farm servant of Coldingham in the County of Berwick gave his age as ’18 years and 3 months’ (actual age 16 years) and enlisted on a Short Service Engagement  (3 Years with the Colours, 9 Years with the Reserve) as Private 7701 in the Seaforth Highlanders.

He was described as 5’ 9.5”, fresh complexion, dark grey eyes and dark hair.

He was posted to Fort George near Inverness, the Depot of the Seaforth Highlanders.

His ‘next of kin’ is listed as ‘John Patterson, Foulden, New Mains near Berwick on Tweed’.

On 26 November, 1902, Henry Patterson of 33 Balcarres Street, Morningside in Edinburgh wrote to the Commanding Officer of the Seaforth Highlanders Depot at Fort George who in turn wrote to Roderick Ross, the Chief Constable of Edinburgh City Police.

In response to the letter from the Commanding Officer at Fort George, on 30 November, 1902, Inspector Thomas Redpath of “D” Division of Edinburgh City Police made enquiries and then wrote to confirm that the content of Uncle Henry’s letter was genuine.

This report was forwarded to Fort George on 1 December 1902.

On 9 December, 1902, Private 7701 Thomas Patterson was convicted at Court Martial at Fort George of “Having made a mis-statement as to his age on enlistment contrary to Para.1805 (vi) (i) Kings Regulations” and discharged.

His conduct was described as “Good during his 79 days service”.

Thomas Patterson joined Edinburgh City Police on 28 April 1908 when he was 21 years old. He was posted to D Division (the West End) as PC 583.

He married Georgina Virtue Cockburn at Lamberton in Berwickshire on 22 July, 1910. They had seven children together.

He progressed through the pay scales and each 'advancement' is recorded in his Personnel Record. The only negative remark recorded was on 5 September, 1911 when he had “One days’ leave stopped for being 50 minutes late parading for duty”.

He was posted as a Private, Number S/8782 in the 7th (Service) Battalion of the Seaforth Highlanders. He went to France in 1915.

The 7th Battalion was formed in 1914 at Fort George near Inverness as part of Kitchener’s First New Army before moving to Aldershot in Hampshire to join the 26th Brigade of the 9th Division. The Division later moved to Bordon in Hampshire before being deployed to Boulogne in France in May 1915 and thereafter taking part in actions on the Western Front.

It was probably during one of these battles that Thomas Patterson, by now a Lance Corporal, received the leg injury that led to his discharge on 18 April, 1917.

The pay rise was awarded in 1919 to make up for the years of low pay and in response to the Police Strike of that year. Since then, it is unlawful for British police officers either to be members of a Trades Union or to withdraw their labour in strike action.

It is clear that Thomas Patterson still suffered badly from his leg injury which is described in police records as a ‘gunshot wound’ (GSW).

Between 1924 and 1925, Thomas Patterson spent a great deal of time in Craigleith Hospital in Edinburgh during which time one of his legs was amputated due to “septic poisoning of a gunshot wound to his leg”.

On the 1 October 1925, his Personnel Record states that “Service lost on account of disability to be reckoned as approved service for the purpose of Pension 18 April, 1917 to 29 March, 1920.Memo 658/25 approved by Town Council.”. This reflects a more considerate attitude to those injured in the service of their country of that time.

On 9 August 1927, PC 210 A Thomas Patterson was “Retired on Pension. Certified medically unfit. Certificate of character No.85 granted.”

After retirement he moved back to Berwickshire.

Thomas Patterson died aged 83 in 1970 in Coldingham in Berwickshire.

In 1982, Janet Rae Nelson or Patterson died aged 85 in Eyemouth in Berwickshire.

Much of the information was provided by Thomas Patterson's grand-daughter, Joanne Shine to whom I am indebted, thank you.