The following is a fascinating story of a young man born in Straiton near Edinburgh in 1883, who worked as a Shale and Coal Miner, lied about his age and served in the Argyll and Sutherland Highlanders until he was found out. He then enlisted in the Royal Marine Artillery, (again giving a false age), went on the ‘run’ and enlisted in the Imperial Yeomanry (in his mother’s surname) and served in the Boer War.

On his return to the United Kingdom, he then joined the Royal Garrison Artillery (still in his mother’s surname) and served for eight years in India and Aden.

He joined Edinburgh City Police in 1911, just long enough to earn the Coronation (Scottish Police) Medal, 1911. He then joined the Shanghai Municipal Police in China for a few months before being appointed to the New South Wales Police in Australia in 1912.

During World War 1, he enlisted in the Australian Imperial Force and served in France and Belgium with the Field Artillery. He returned to Australia with the rank of Warrant Officer Class 1.

He then had a successful career in the New South Wales Police and retired in 1943. He was awarded the Imperial Service Medal in 1944. 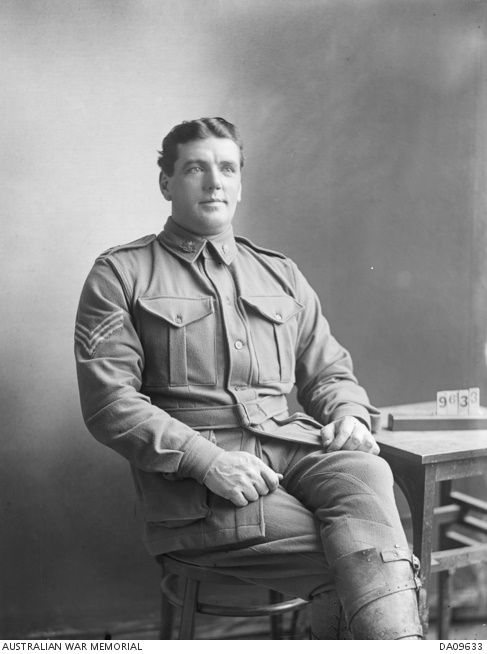 James (Johnstone) Walsh was born on 6 August 1883 at Straiton in the Parish of Liberton in the County of Edinburgh. His father Thomas Walsh, was a Labourer at the Oil Works and his mother, Agnes Walsh, Maiden Surname Johnstone.

The name ‘Johnstone’ is not recorded on his birth certificate but it will be seen when the rest of his story is added, Johnstone was a surname used by James Walsh from time to time in his early life.

His parents were married on 3 September, 1872 at St Mungo’s Roman Catholic Chapel in Glasgow.

In the Census of 1891, the family were living at Dalmeny Oil Company Houses at 3 Railway Row, Dalmeny in Midlothian. All of the family are still alive and also recorded were James Walsh, (7) and George Walsh, (6).

On 9 June, 1891, Agnes Johnstone or Walsh, (46), married to Thomas Walsh of the Oil Works Cottages in Dalmeny in the County of Linlithgow, died there. Her husband registered her death.

On leaving school, James Walsh worked as a Shale Miner in the Lothians.

On 25 February, 1899, James Walsh claiming to be “18 Years and 6 months” enlisted for “7 years with the Colours and 5 with the Reserve” as Private 6866 at the Regimental Depot of ‘the Argylls’ in Stirling Castle. His ‘next of kin’ was listed as his father, “Thomas Walsh of 5 Tarbrax, Cobinshaw (in West Lothian, also then a Shale Mining area).

He was described as 5’, 3.5”, fresh complexion, blue eyes and light brown hair. Under ‘Marks and scars’ were “Scars upper lip, back of head, right upper eyebrow, left side of neck, over part of stomach and several each shin and on each knee”.

He appears in the Census of 1901 as a “Private, RMA” stationed at Eastney Barracks in Portsmouth in Hampshire, England.

Bothe entries on his RMA record his character and ability as “Very good” but the reason for discharge is given as “Run” which is naval parlance for ‘Absent without leave’. He was discharged on 14 January, 1902.

The medal roll of that unit dated 11 November, 1902 confirms ‘James Johnstone’s’ entitlement to the Queen’s South Africa (QSA) Medal with the clasps, ‘Cape Colony’ and ‘South Africa 1902’. The QSA is the first medal from left to right below.

Upon his return to Edinburgh, on 4 March, 1903, he enlisted, (still using 6 August, 1882 as his date of birth and the name “James Johnstone), as Gunner 14745 in “the Royal Regiment of Artillery, (Royal Garrison Artillery). The scars noted on his record match those recorded in 1899.

There are 13 questions on his application to join the Army.

To question number 10, “Do you now belong to the Army, the Marines, the Militia, the Militia Reserve, the Royal Navy, the Volunteers, the Yeomanry, the Army Reserve, the Naval Reserve Force? If so, what Corps?” He answered “No”.

To question number 11, “Have you ever served in the Army, the Marines, the Militia, the Militia Reserve, or the Royal Navy? If so, state which and cause of discharge.” He answered “No”.

To number 12, “Have you truly stated the whole, if any, of your previous Service?” He answered “Yes”.

He originally enlisted for “3 years with the Colours and 9 with the Reserve”. His description is similar to that of 1899 but his height is now “5’, 10”. He later extended his service with the colours to 8 years.

His past evidently caught up with him because there are several entries (undated) all in red ink that amend his name, age and date of birth to their correct status. The alias of “James Johnstone Walsh” was used thereafter.

He was granted pensionable service for his previous service and it also counted towards his service and good conduct pay.

He also paid for his “Run” from the Royal Marine Artillery by having 14 days forfeited for Absence.”

He qualified as a Gun Layer and 1st Class Gunner.

His record also lists his service dates in South Africa with the Imperial Yeomanry and confirms  his entitlement to the QSA and clasps.

James Johnstone Walsh served in India for one and a half years, Aden for just over one year and then India for a further three years. He returned “Home” on 27 January, 1911.

There are only two entries in the Edinburgh City Police Weekly Records concerning him, the day he joined and the day he left.

Discharge from the Army Reserve 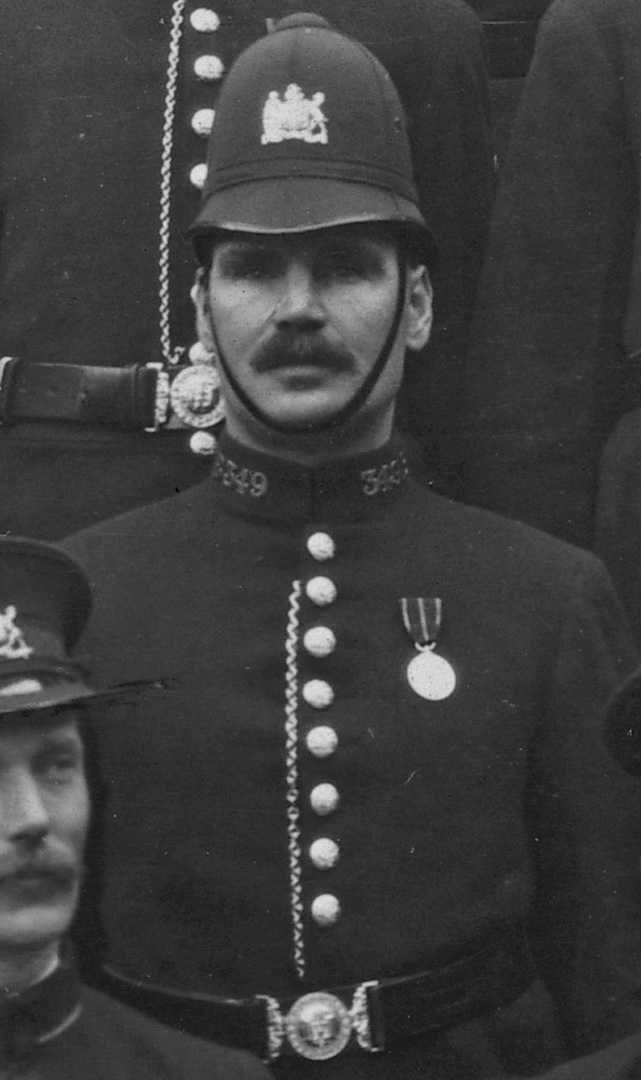 The Shanghai Municipal Police policed the Shanghai International Settlement in China between 1854 and 1943 and recruited in the United Kingdom via Government Agents. A regular stream of young men went to Shanghai but promotion from the lower ranks was limited as most senior officers were recruited from British or Colonial Police forces.

Walsh left London with a draft of recruits on 4 September, 1911 arriving in Shanghai in mid to late October.

According to the records of the Shanghai Municipal Police in, James Johnstone Walsh served there from October, 1911 before he left for Hong Kong aboard the steamer Assaye on 23 April, 1912.

James Johnstone Walsh arrived in Sydney, Australia on 18 May, 1912 and according to the records of the New South Wales Police, he joined as a Probationary Constable on 3 May that year. He was known thereafter as “Jock” Walsh.

He served in Granville, a suburb of western Sydney and then Mittagong, a town in the Southern Highlands of New South Wales (NSW).

On 12 May, 1915, like thousands of Australians, he enlisted in the Australian Imperial Force for service in the 1st World war. 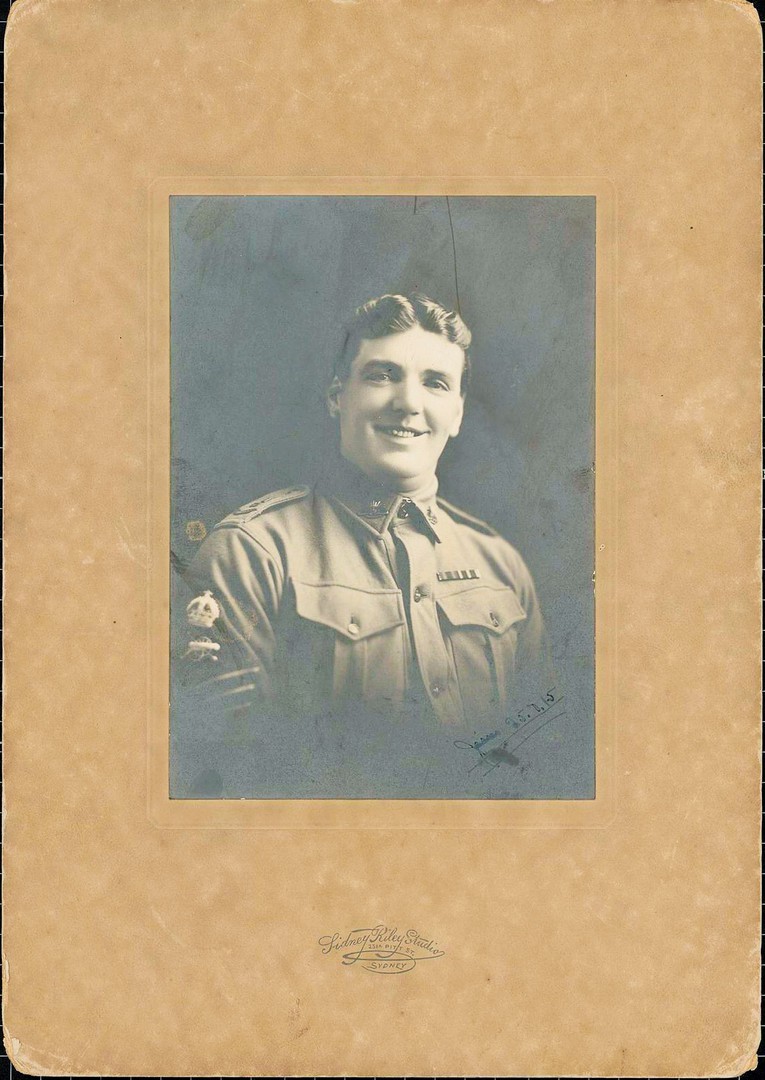 He joined as a Gunner, his regimental number was 4834 and he was posted to the 12th Field Artillery Brigade.

He sailed with his regiment from Melbourne, Victoria on 15 September, 1915 aboard the S.S. Makarini. A note on the nominal roll shows him as “Acting Sergeant. 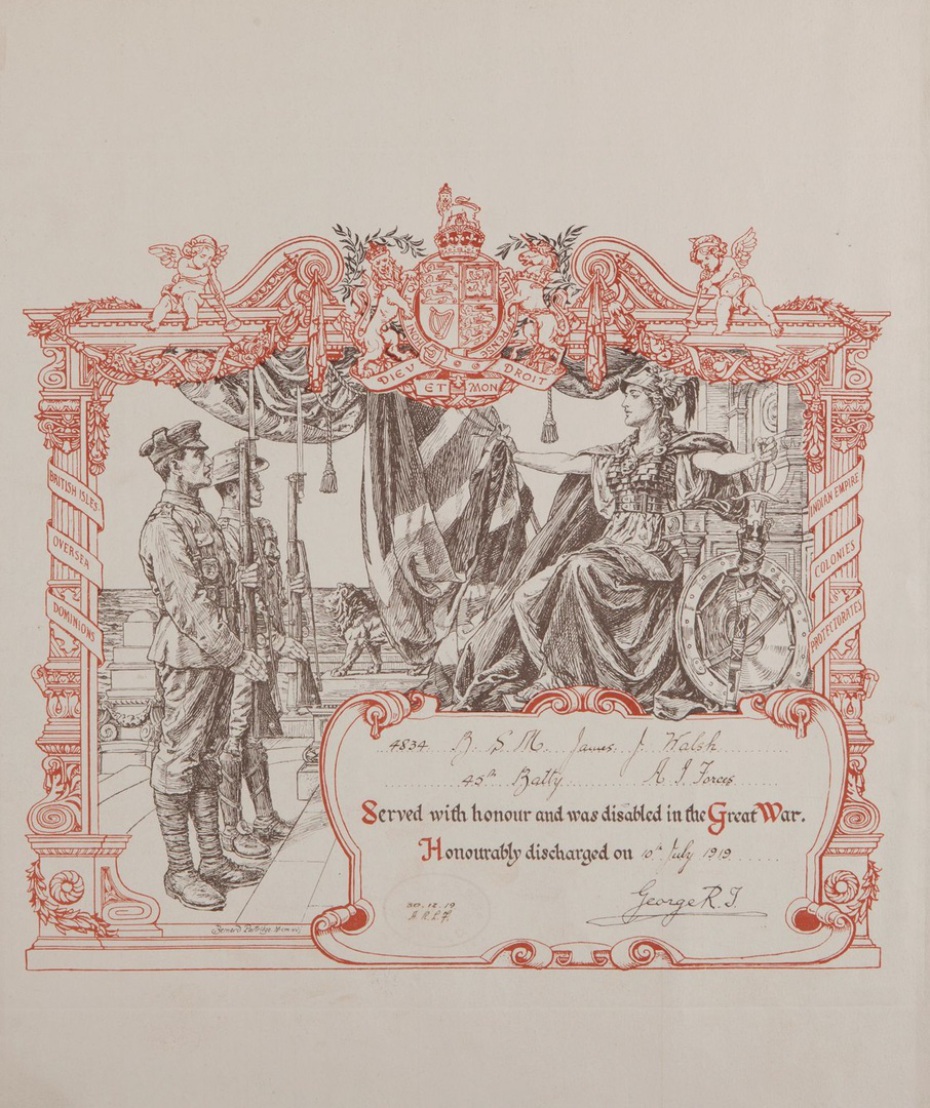 He returned to Australia on 1 April, 1919 at the rank of Warrant Officer Class 1 (Battery Sergeant Major) and rejoined New South Wales Police. 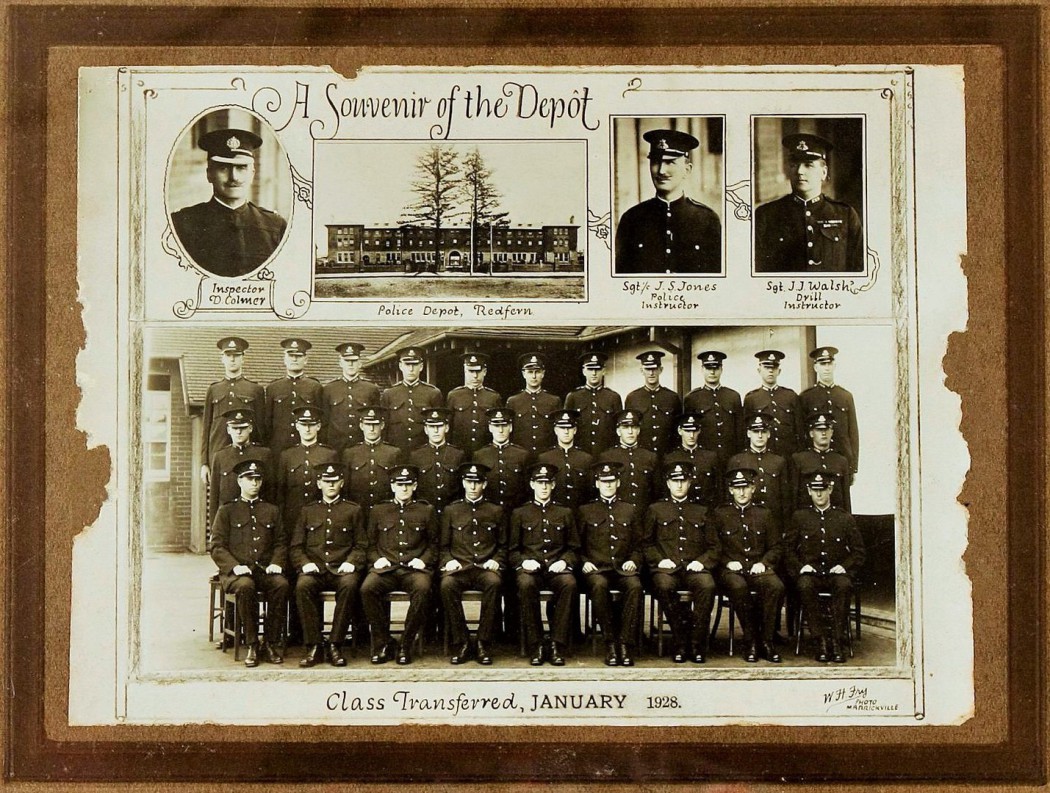 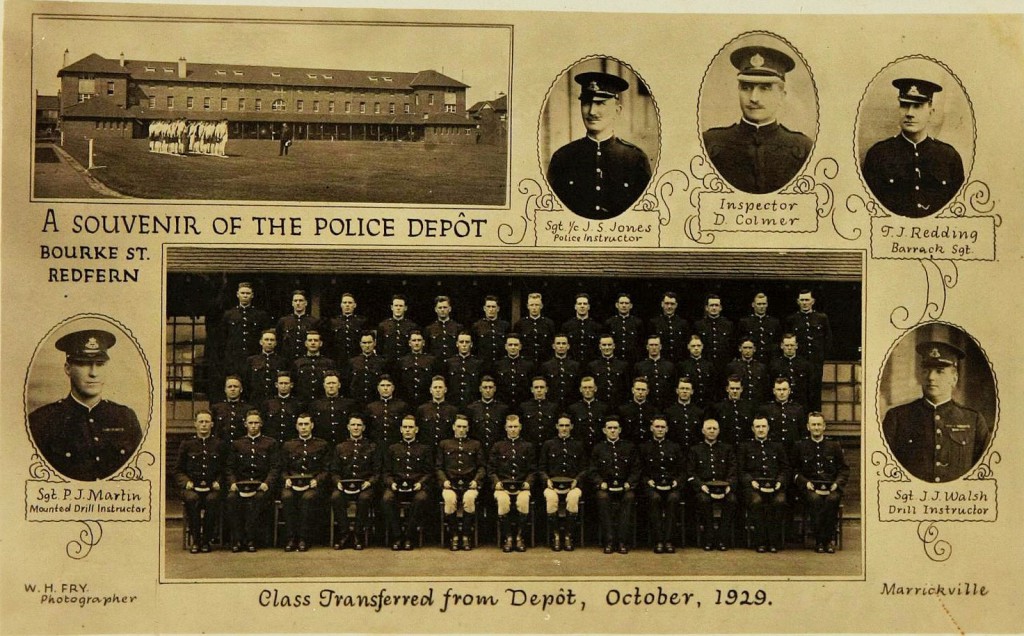 He then served at Cootamundra, a town in the South West Slopes region of NSW from 1936 to 1938.

From then he served again in the Metropolitan District, apart from a short posting to the Stockrington Colliery in the Hunter region of NSW and retired from the force on his 60th birthday, 6 August, 1943. 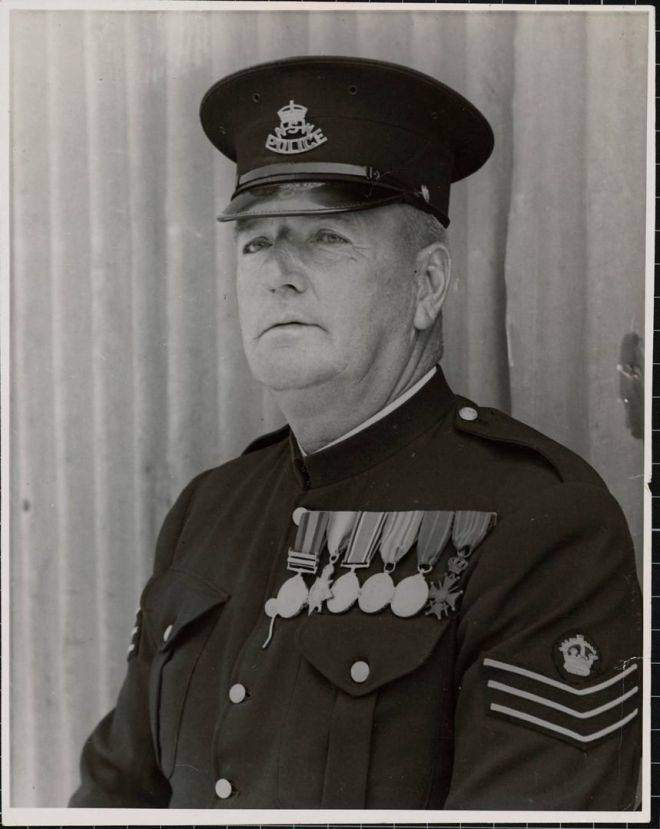 Shortly before his retirement, he was recommended for the award of the Imperial Service Medal and it was presented by “His Excellency, Alexander Hore-Ruthven, 1st Earl of Gowrie, the Governor-General of Australia, on Tuesday, 19 September, 1944. 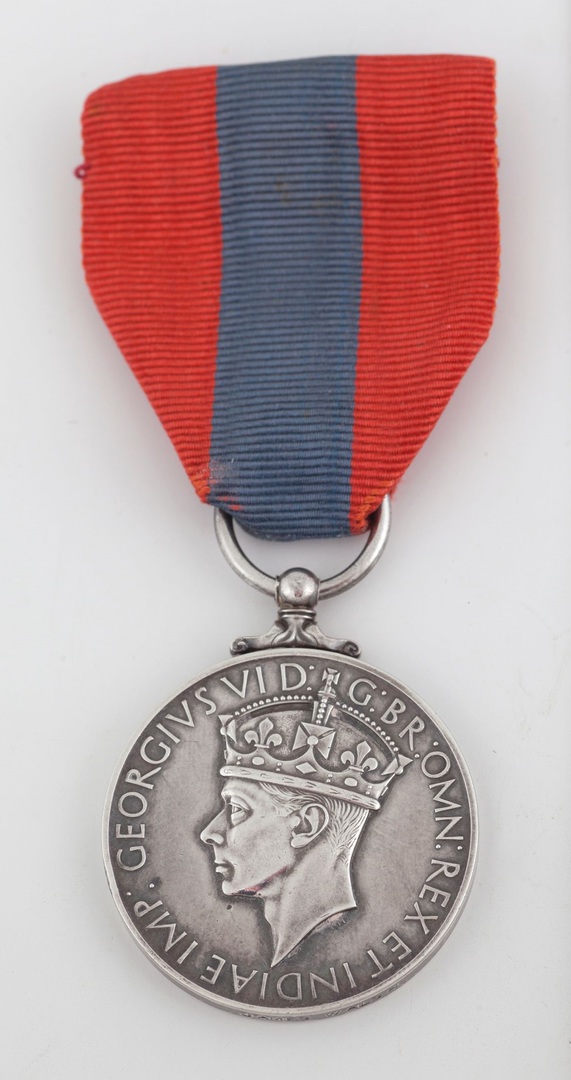 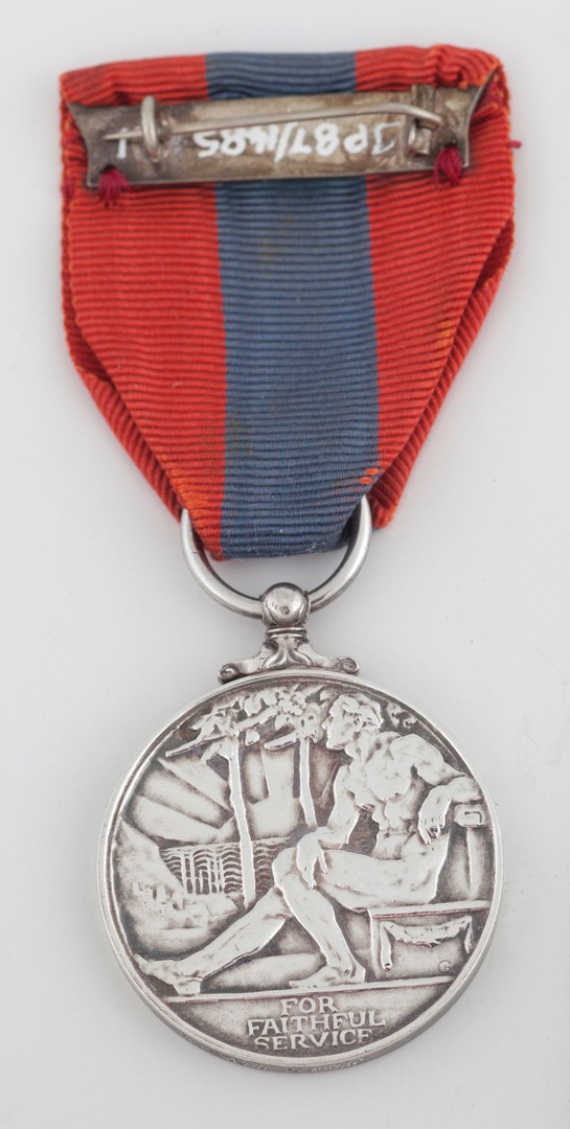 Much of the information about the life and career of James Johnstone Walsh, including the photographs here, have all come from the efforts of Megan Martin of Sydney Living Museums in Australia.

Megan contacted me through the website regarding James Johnstone Walsh's brief time in the Scottish Police. It has been an extremely interesting enquiry to follow through to its conclusion.

The medals are in the care of Sydney Living Museums.

I am very grateful to Megan for all the information and pictures of ‘Jock’ Walsh and also for the kind permission to use them here.

You can also visit the Museum of the Scottish Shale Mining Industry at: