Scottish Police Officers Who Volunteered for the Army & Navy in WW1

The ‘Great War’ began in July 1914. Hostilities ended with the Armistice on 11 November 1918 although the war did not officially end until 1919. 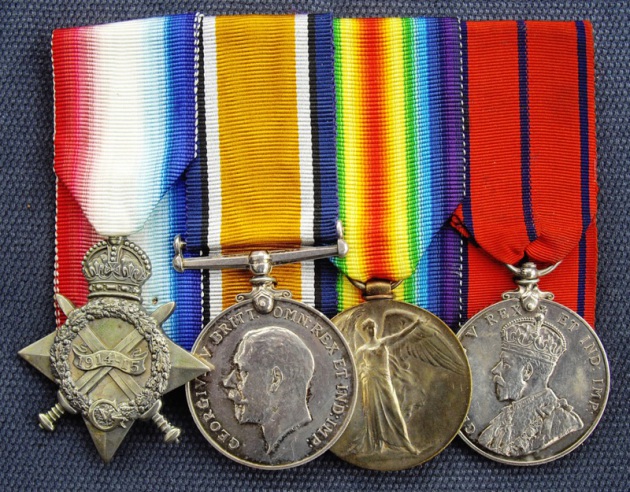 Now, 100 years on, seems an appropriate time to recall and acknowledge the contribution of the thousands of police officers swept up in the wave of patriotism when large numbers of the population of the United Kingdom volunteered for the Army and Navy.  It is also appropriate to record the effect the war had on some of those officers and their families.

Police officers throughout Britain were no different and many sought permission to enlist, mainly in the Army but significant numbers also volunteered for the Royal Navy.

The first batch to join up were the Reservists among the ranks who were called back to The Colours followed by two great waves of recruitment in 1914 and 1915.

One Edinburgh Constable, PC 474 John Luke, was so keen to join up that he incurred the wrath of the Chief Constable, Roderick Ross by joining the Army without permission and resigning.

His punishment on 1 June 1914 was to be “Fined 5/- and ordered to serve a month before being allowed to leave the service for having without the  permission of the Chief Constable having joined the Army and failing to tender his resignation through the medium of his Superintendent.”

Up to one million British servicemen and women lost their lives in the conflict and those police officers who volunteered were not exempt from ‘making the ultimate sacrifice’.

Although officers throughout Britain volunteered and indeed, from most forces in Scotland, this section will only feature a representative sample of those men who joined up.

I will add new names from time to time. Feel free to contact me if you have a Scottish Police relative you would like included.

I am the present custodian of the medals awarded to some of these men for their service and sacrifice and these articles are written in their honour and to preserve their memory.

To view the articles on the police officers who served in WWI, please click on the links at the top left of this page.

The Roll of Edinburgh City Police officers who served in the British Army, the Royal Navy and the French Army in World War 1 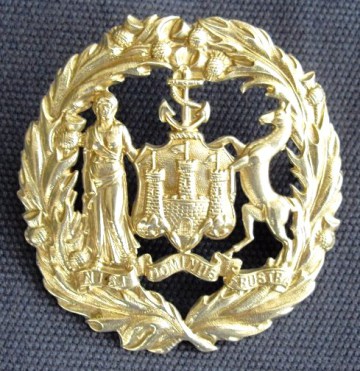 The list below is a Roll of Edinburgh City Police officers who served in the British Army, the Royal Navy and the French Army in World War 1.

The data has been collected from a number of sources including a list published by Edinburgh Corporation in 1917 and from information in the Edinburgh City Police Weekly Records of the time. Please accept my apology if there are any transcription errors. If there is an entry which is incorrect, please get in touch and I will amend it.

Officers killed in action (KIA) or died of wounds are shown in blue ink.

If you are researching your family history and you are related to any of the officers listed here, please get in touch as I have more information than is possible to list on the website. Thank you. 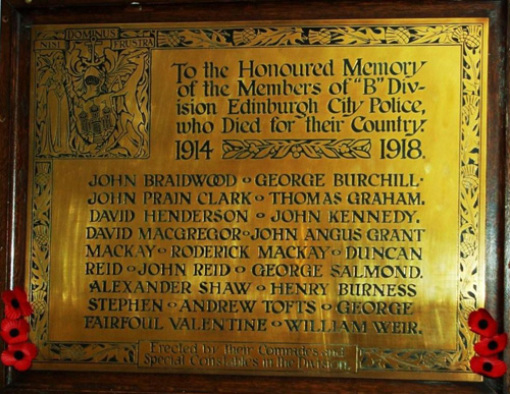 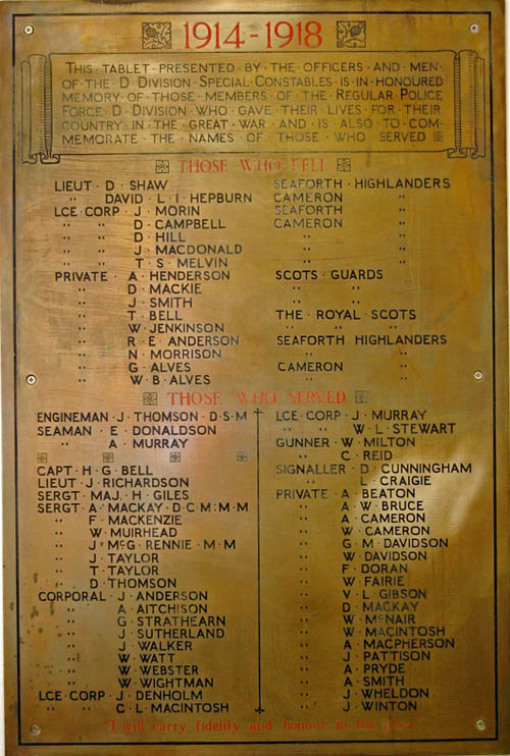 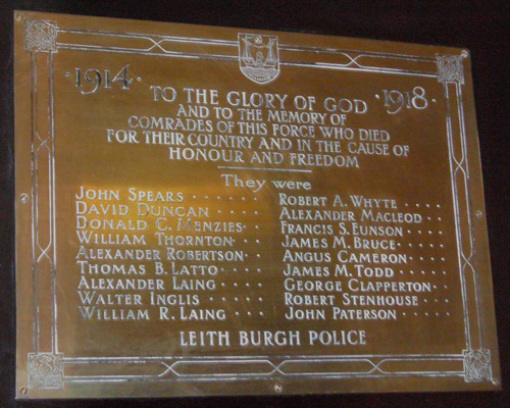 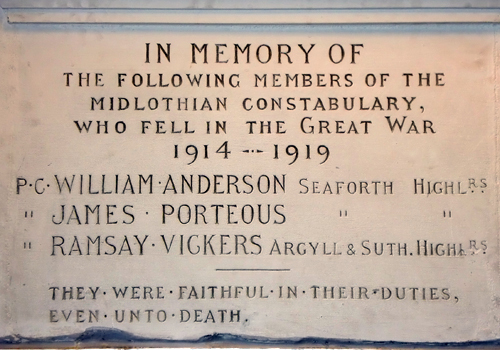 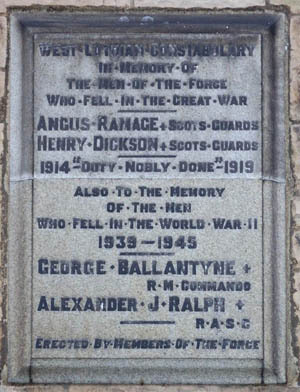