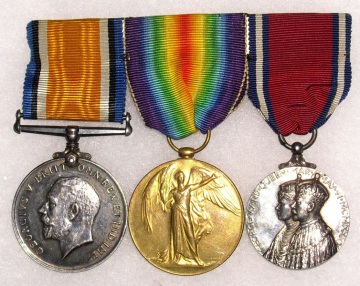 Robert Whitelaw was born in Ednam in the County of Roxburgh on 21 July 1885. He was the second youngest of three boys and three girls.

His family moved around the farms of Roxburgh when his father, a Ploughman, obtained new employment. By 1902, the family were living at Smailholm, Roxburghshire and Robert (Senior) was still a Ploughman while his son, now 15, was a Carter.

Robert Whitelaw was a PC in Hawick Burgh Police when he joined the Army in WW1 and served in the Royal Garrison Artillery. He survived the war and was awarded the British War Medal and the Victory Medal. His Army number as 63643 and he was a Gunner. This is confirmed in his Medal Index Card (MIC).

On 28 March 1919, Robert Whitelaw, (33), a Police Constable of 5 Mansefield Square, Hawick married Sarah Hodgson, (32) a Hosiery Seamer of 17 Mansefield Crescent, Hawick. They were married at 41 High Street, Hawick after Banns according to the Forms of the United Free Church of Scotland.

Robert Whitelaw was promoted to Sergeant in Hawick Burgh Police on 13 June 1924.

PS Whitelaw was awarded the King George V Jubilee Medal in 1935 and this is confirmed in the Medal Roll (under Section 6. Scot.Cy. Rox).

Robert Whitelaw retired from Roxburghshire Constabulary on 26 October 1936 on an annual pension of £196.00.

On 11 January 1967, Robert Whitelaw, (81), a Police Sergeant (Retired), died at 8 Rosevale Street, Hawick. His son-in-law registered the death the next day.

Sarah Hodgson or Whitelaw died in Hawick in 1975 aged 88. 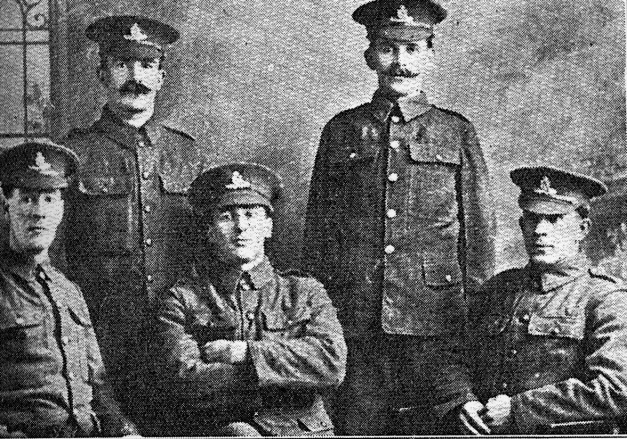 Robert Whitelaw is standing to the right of the back row.