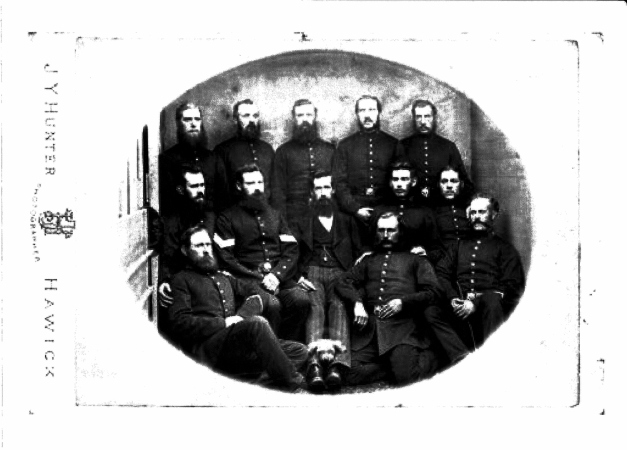 On the night of the Census of Scotland, 1891, the following men were police officers listed living in Hawick.

John McDonald was the Chief Constable between 1878 and 1902, so it is likely he is the man in the centre of the picture. Make your own mind up about the rest. 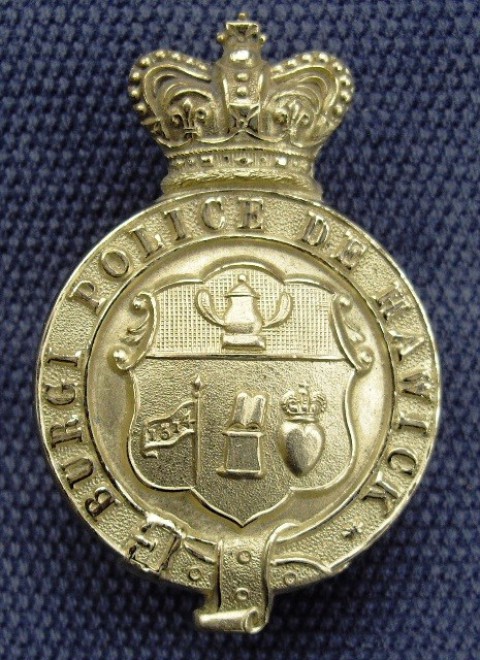 This whistle was manufactured by J Hudson & co. at their address in 13 Barr Street, Birmingham between 1888 and 1909.

The whistle is curious because ‘Burgh’ is spelt the ‘English’ way as in ‘Borough’. It appears to be a genuine article and came from a reputable source. Just a simple mistake? Too expensive to change?

If you have another example of a Hawick Burgh Police whistle, I would be interested to know how ‘Burgh’ is spelled. 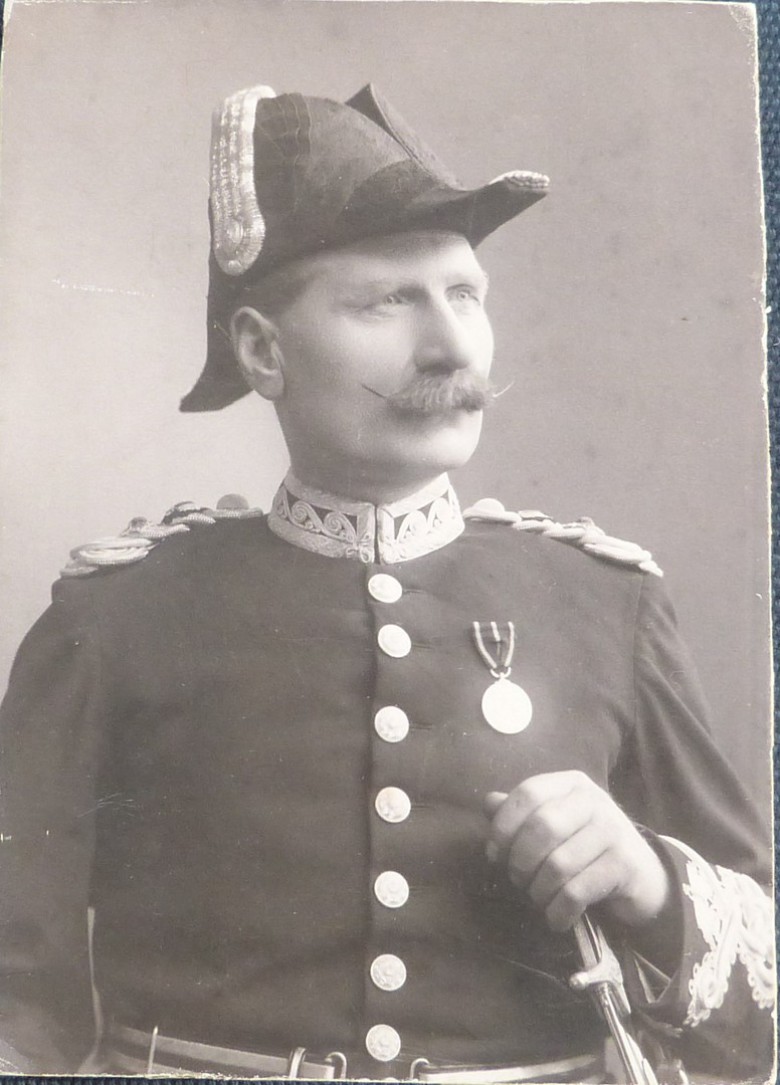